Ayumi Hamasaki Net Worth: Ayumi Hamasaki is a Japanese recording artist, model, and actress who has a net worth of $70 million dollars. Ayumi Hamasaki was born in Fukuoka, Japan in October 1978. She is nicknamed Ayu and has been called the "Empress of J-Pop". At 14 years old she moved to Tokyo to pursue her entertainment career.

Her debut studio album A Song for xx was released in 1999 and topped the Oricon charts. She has started many music and fashion trends in Asia. She has appeared in many commercials and advertisements. Hamasaki has sold more than 50 million records in Japan and is the country's best-selling artist. In Japan she has the most #1 hits by a female artist, most million-sellers, and most consecutive #1 hits by a solo artist. She had at least one single hit #1 from 1999 to 2010. She is the first artist who has had eight studio albums top the Oricon chart, and is also the first artist to have a #1 album for 13 consecutive years. In 1993 Ayumi did voice work for the TV movie Art of Fighting. She starred in the films Like Grains of Sand, Sumomo mo momo, Gakko II, and Distance Love. In 1995 she starred in the TV series Miseinen. She has won multiple awards including MTV Video Music Awards Japan and World Music Awards, and MTV World Music Awards. 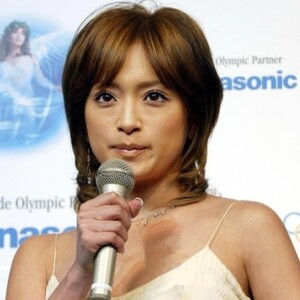