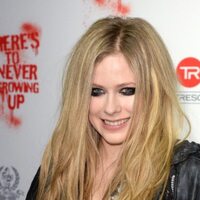 What is Avril Lavigne's Net Worth?

Avril Lavigne is a Canadian-French singer, songwriter, and fashion designer who has a net worth of $60 million dollars. At the age of 16, she signed a 2-album recording contract with Arista Records worth more than $2 million. Avril broke onto the music scene at 17 with her debut album "Let Go," and she has sold more than 30 million albums and over 50 million singles worldwide, making her the youngest female soloist to reach No. 1 in the UK. Lavigne has also appeared in several movies, including "Going the Distance" (2004), "Fast Food Nation" (2006), and animated features "Over the Hedge" (2006) and "Charming" (2018).

Avril Lavigne was born Avril Ramona Lavigne on September 27, 1984, in Belleville, Ontario, Canada. She grew up with mother Judith-Rosanne, father Jean-Claude, older brother Matthew, and younger sister Michelle. The family moved to the small town of Greater Napanee, Ontario, when Avril was 5, and her father converted their home's basement into a music studio and bought Avril a microphone, keyboard, and drum kit as well as a few guitars. Lavigne soon began performing Garth Brooks and Shania Twain covers at country fairs and writing her own songs. At 14, Avril entered a radio competition and won the opportunity to sing onstage with Twain. During her youth, Lavigne also enjoyed hockey and was named MVP twice while playing in a boys league.

Lavigne signed with her first manager, Cliff Fabri, in December 1999 after he saw her singing covers at a bookstore. He sent videotapes of Avril's home performances to his industry contacts, and Mark Jowett of the Canadian management firm Nettwerk arranged for Lavigne to go to New York to work with producer/songwriter Peter Zizzo in the summer of 2000. In November of that year, A&R representative Ken Krongard invited the head of Arista Records, Antonio "L.A." Reid, to hear Avril sing at Zizzo's studio, and he signed her to a $1.25 million record deal and offered her a $900,000 publishing advance.

Lavigne finished recording her first album, "Let Go," in January 2002, and it hit #2 on the "Billboard" 200 chart when it was released in June. The album reached #1 in Canada, Australia, and the U.K., and it was certified 4-times platinum by the Recording Industry Association of America (RIAA) by the end of the year (and 7-times platinum by 2018). Avril was 2002's bestselling female artist, and "Let Go" sold more copies than any other debut album that year. Her first single, "Complicated," reached # 1 in Australia and #2 in the U.S., and singles "I'm with You" and "Sk8er Boi" were top 10 hits, making Lavigne only the second artist with 3 top 10 hits from a debut album on the "Billboard" Mainstream Top 40 chart. Avril was featured on the cover of "Rolling Stone" magazine in March 2003. 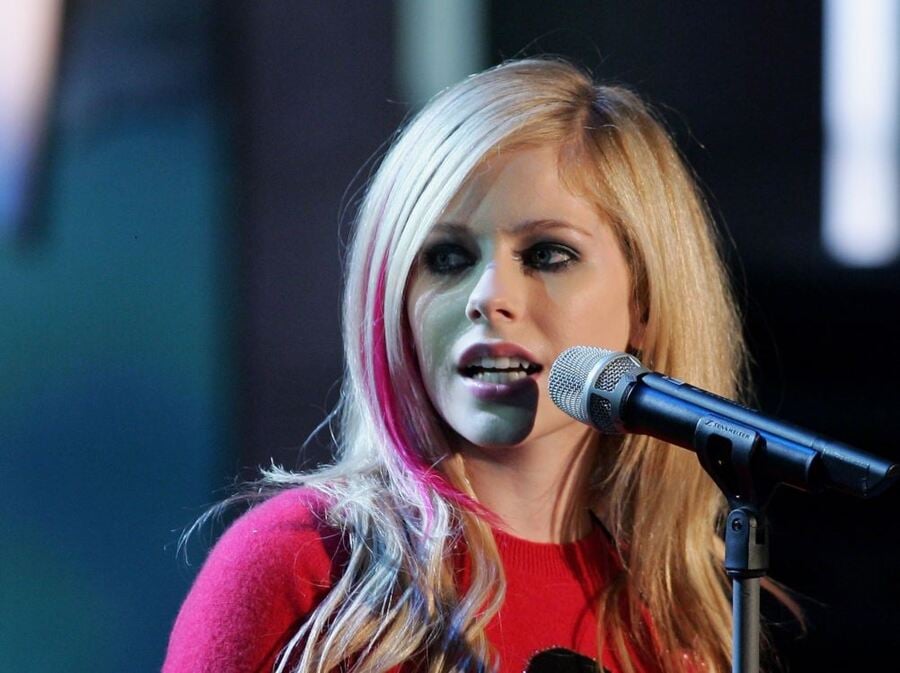 Lavigne is known for her activism, supporting Amnesty International, War Child, Erase MS, the Make-A-Wish Foundation, and many other charitable organizations. In 2007, she performed in the Unite Against AIDS concert in Montréal, and she recorded a cover of "Knockin' on Heaven's Door" for War Child's "Peace Songs" album (2003) and "Imagine" for "Instant Karma: The Amnesty International Campaign to Save Darfur" (2007). Avril also performed her hits "Complicated" and "Girlfriend" during Mexico City's "Teleton" charity event in 2009. She started her own charity, The Avril Lavigne Foundation, in 2010; the organization works with the Make-A-Wish Foundation, Erase MS, and Easter Seals to help individuals with serious illnesses and disabilities. In 2014, she celebrated her birthday with a fundraising campaign for the Special Olympics, raising enough money to send 30 athletes to the 2015 Special Olympics World Summer Games. Avril later featured the athletes in the video for her song "Fly" and donated the proceeds from the single's iTunes sales to the Special Olympics.

Avril married Sum 41's Deryck Whibley on July 15, 2006, and they divorced in November 2010. The pair had become friends when Lavigne was 17 and began dating 2 years later. Avril was in a 2-year relationship with Brody Jenner before she began dating Nickelback's Chad Kroeger in July. Lavigne and Kroeger got engaged just 1 month into their relationship and got married in the South of France on July 1, 2013. They divorced in 2015.

Lavigne has been very open about her battle with Lyme disease, which she was diagnosed with in 2014. She has said that she was bedridden for 5 months and thought she was dying, and she has been committed to raising awareness of the disease since her diagnosis.

Lavigne has won more than 160 awards, including 6 ASCAP Awards, 7 BMI Awards, 8 Juno Awards, and 6 World Music Awards. In 2004, she earned the Guinness World Record for Youngest Female With a Number One Album in the UK, and the previous year, her song "Complicated" won an International Achievement Award at the SOCAN Awards. She has received 8 Grammy nominations, and in 2009, she was ranked #10 on "Billboard" magazine's "Best of the 2000s" chart in the "Pop Artist" category. Her video for 2007 single "Girlfriend" was the first video to hit 1 million views on YouTube. In 2012, VH1 named Avril #84 on their "The 100 Greatest Women In Music" special.