Avi Kaplan net worth: Avi Kaplan is an American singer who has a net worth of $8 million. Avi Kaplan was born in Visalia, California in April 1989. He is best known for being a member of the acapella group Pentatonix. The group usually performs pop music and cover songs. The band won the third season of the reality TV series The Sing-Off on NBC and won $200,000 as well as a recording contract with Sony Music.

The group was dropped from their label Epic Records and decided to form a YouTube channel which now has more than eight million subscribers and almost a billion views. Their debut studio album PTX, Vols. 1 & 2 was released in 2014 and reached #6 in Japan. Their second album PTX was released in 2014 and their third album That's Christmas to Me was released later that year. The album reached #2 in the US and #4 in Canada. That album became the highest charting holiday album in the US since 1962 and fourth best-selling overall album that year. The group released their self-titled album in 2015 and the album A Pentatonix Christmas in 2016, which both reached #1 on the Billboard 200 chart. Pentatonix Band won a Grammy Award for Best Arrangement, Instrumental or A Capella for "Daft Punk" in 2015 and for "Dance of the Sugar Plum Fairy" in 2016. Their documentary Pentatonix – On My Way Home was released in June 2015. Kaplan sings bass lead and backing vocals along with vocal bass and vocal percussion. 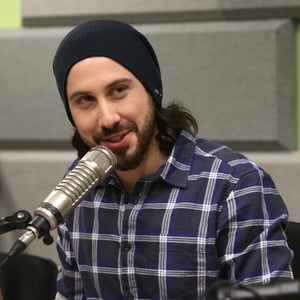