Austin Mahone net worth: Austin Mahone is an American pop singer who has a net worth of $5 million dollars. He began posting videos of his singing in 2010, and quickly gathered a massive following. He is often likened to Justin Bieber. He has more than 2.7 million fans on Facebook and 2.7 million Twitter followers. Since his YouTube channel launched, his videos have garnered more than 90 million views, and more than 500,000 subscribers. Mahone also released the EP Dirty Work (+Remix) in 2017 and the mixtapes This Is Not the Album in 2015 and ForMe+You in 2016. His single "Mmm Yeah" (featuring Pitbull) was popular in several countries and his singles "Lady" (featuring Pitbull) and "Creatures of the Night" (with Hardwell) reached #1 on the US Dance chart.

Early Life and Career: Austin Mahone was born in San Antonio, Texas on April 4, 1996. The son of Michele Lee and Charles Edgar Mahone, his father died when he was just a year and a half old and he was raised as a Catholic by his single mother. Mahone attended Lady Bird Johnson High School in San Antonio but left after his freshman year to be homeschooled at his grandmother's house.

Career: Mahone began his career in June 2010 when he started posting his homemade music videos on YouTube. He began to build an online following by January 2011. Mahone has cited Justin Bieber as his inspiration and in October 2011, he posted a video covering Bieber's "Mistletoe." Mahone independently released his first single "11:11" to iTunes on February 14, 2012. On June 5, 2012, he released his second single worldwide, "Say Somethin." He announced that summer that he had been officially signed to Chase/Republic records. In November 2012, he signed a deal to become the new teen ambassador for Lil Wayne's Trukfit fashion line. Later that year, he released a digital download titled "Say You're Just a Friend" that featured rapper Flo Rida. He later dropped the piano version of the song and revealed why he released the piano rendition of the song, explaining "I knew my fans love the original version, but I saw a lot of comments saying that they couldn't really hear my voice, so I wanted to reassure them that I can sing the song. I thought it'd be cool to not only have the original version but also the piano version and change it up."

On May 29, 2013, his debut EP "Extended Play" was released in Japan only. The following month, Mahone released a song called "What About Love." The music video won MTV's Artists to Watch at the MTV Video Music Awards that year and he was chosen as one of the opening acts of Taylor Swift's Red Tour. In July 2013, Mahone featured in "Magik 2.0" for "The Smurfs 2" soundtrack. Later that year, Mahone released a promotional song "Banga Banga" and released "Mmm Yeah" as the lead single from his second EP. His album "The Secret" was later released on May 27, 2014. Two months later, Mahone kicked off a headlining tour: "Austin Mahone: Live on Tour."

Mahone continued to independently release new music for his fans in 2015. Five new songs titled "Say My Name", "Places", "Waiting For This Love", "Someone Like You" and "Torture" were released for free downloads through his SoundCloud page. In July 2015, he released "Dirty work," the lead single from his upcoming debut album. 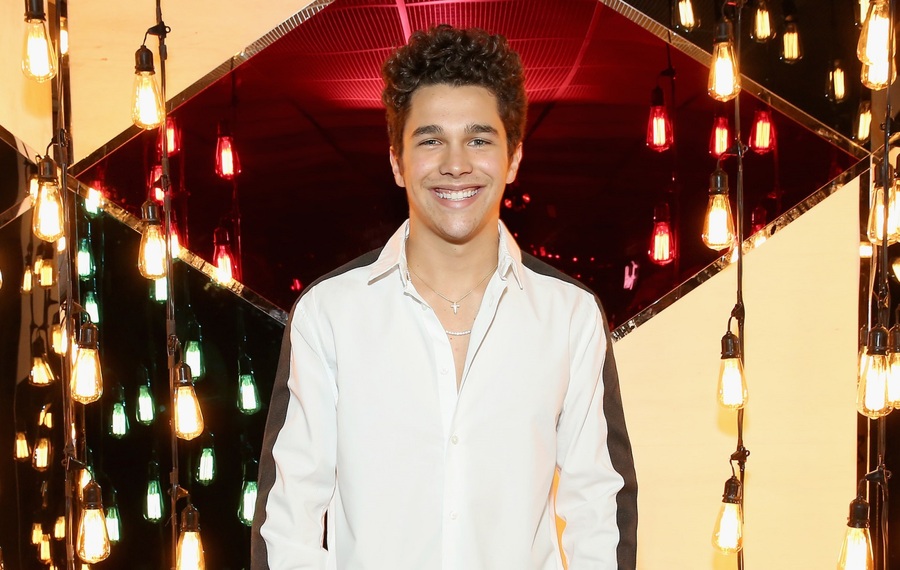 Over the course of September and October 2015, Mahone continued to independently release new music, with the tracks "Do It Right", "On Your Way", "Not Far" and "Put It On Me" being released for free download on his SoundCloud page.

On December 15, 2015, Mahone revealed the title of the mixtape, "This Is Not the Album." He also revealed the cover art and announced that it would be released on December 17, 2015. Two singles were released in August 2016: "Send It" and "Way Up." He released his second mixtape, "ForMe+You," on December 29, 2016. His debut studio album "Dirty Work" was released on October 18, 2017.  It included collaborations "Lady" with Pitbull and  "Creatures of the Night" with Hardwell, which reached No. 1 on Billboard's US Dance Club Songs chart. The song "Perfect Body" was released exclusively in Japan and was featured in a commercial for a Japanese shampoo brand called Moist, Diane.

In February 2019, Mahone released his new single  "Why Don't We," penned by Charlie Puth. A music video for the song was released on March 2, 2019 on YouTube. In October 2020, Mahone announced he was joining OnlyFans, a popular subscription-based website that allows content creators to make money from their more exclusive, premium content that they would not want to share on other free social media sites. He charges $25 a month to access his OnlyFans account. Mahone released a new single called "Summer Love" that same month.

Over the years, Mahone has performed at the Q102 Springle Ball concert and B96's "Summerbash" in Chicago. MTV named him an "Artist To Watch", in 2013.  Mahone has appeared in episodes of the TV series Big Time Rush, The Millers, and Fashion Police. He has filmed commercials for McDonald's and Hot Nuts, a Mexican snack. On December 2013, Mahone was named a "Digital and Brand Strategist" for Aquafina's FlavorSplash, a new line of flavored sparkling water targeted towards teens. In May 2016, Mahone became one of the faces of Macy's American Icons campaign. He has also starred in the web docu-series Austin Mahone Takeover and Mahomie Madness. Mahone has won an iHeart Radio Music Award, MTV Video Music Award, MTV Europe Music Awards, a Radio Disney Music Award, a Teen Choice Award, and a Young Hollywood Award among others.

Personal Life: Mahone is a practicing Roman Catholic. He dated Cuban-American singer Camila Cabello of Fifth Harmony fame in 2014. He began dating model Katya Elise Henry in 2016 but the two were together less than a year, splitting in February 2017. He has also been romantically linked to singers Becky G and Noah Cyrus. 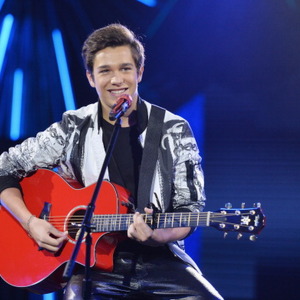