Aundrea Fimbres net worth: Aundrea Fimbres is an American singer and dancer who has a net worth of $500 thousand. Aundrea Fimbres was born in Upland, California and began singing as a child. She began performing with her first group, Intrigue, while she was in high school. Midway through her junior year of college, she decided to audition for the reality series, "Making the Band 3".

She was selected for the program, and left school to begin competing on the show. She was initially a favorite with the judges, and her dancing was especially praised. However, by Season 2, her dance ability seemed to be declining. She later improved, and was ultimately chosen for the five-member band, Danity Kane. Danity Kane released their first album in 2006. Their debut was a success, as was their sophomore album, "Welcome to the Dollhouse". They became the first female group to have their first and second albums debut at #1 on the charts. Their albums spawned three Top 10 hits. The group broke up in 2009, and since then, Aundrea Fimbres has been performing with a Latin Funk band called, Soto. She is also the Executive Producer of "Next Big Thing Talent Show". 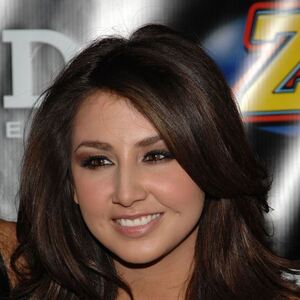