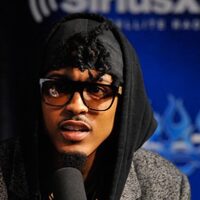 August Alsina Net Worth: August Alsina is an American recording artist who has a net worth of $4 million dollars. He began uploading his own singing videos to YouTube in 2007 and has since released a number of popular recordings. He released his first official mixtape in 2012, and then released a single and a second mixtape in 2013. Alsina then signed with Def Jam records and released his first EP in August of 2013. The EP spawned three popular singles and led to the recording of his first studio album, "Testimony" (2014), which reached #2 on the "Billboard" 200 chart and #1 on the US R&B and US R&B/Hip-Hop charts. August released his second studio album, "This Thing Called Life," in 2015, and it reached #2 on both the US R&B and US R&B/Hip-Hop charts and #14 on the "Billboard" 200. His single "I Luv This Shit" (featuring Trinidad James) was certified Platinum and reached #4 on the US R&B chart. Alsini's other popular singles include "No Love" (featuring Nicki Minaj), "Ghetto" (featuring Richie Home Quan), and "Numb" (featuring B.o.B and Yo Gotti).

Early Life: August Alsina was born August Anthony Alsina Jr. on September 3, 1992, in New Orleans, Louisiana. He is the son of Sheila and August Alsina Sr., and he grew up with four siblings, Jamal, Travis, Netia, and Melvin. August was inspired to become a performer after seeing Lauryn Hill in "Sister Act 2," and he began uploading videos to YouTube at the age of 14. Alsina's father and stepfather were both struggling with crack cocaine addiction, so his mother moved the family to Houston, Texas, in 2005, hoping for a new start; August Sr. passed away in December of that year. Alsina returned to New Orleans when he was 16, and after his older brother Melvin was murdered in 2010, August decided to move to Atlanta.

Career: Alsina released an untitled mixtape of acoustic covers in October 2011, then released his first official mixtape, "The Product," in April 2012, followed by "August Alsina University" (August 2012) and "Throwback" (September 2012). In January 2013, August released the single "I Luv This Shit," and "The Product 2" came out in May of that year. His first EP, "Downtown: Life Under the Gun," was released in August 2013, and his "Hell on Earth" video premiered in September. His single "Ghetto," which went Gold, was urban radio's most added song the week it began getting airplay. In January 2014, August released the single "Make It Home" (featuring Young Jeezy) from his forthcoming debut album, and when "Testimony" was released in April 2014, it received positive reviews and sold 67,000 in its first week. The album included the singles "I Luv This Shit," "Numb," "No Love" (which was certified Platinum), "Kissin' on My Tattoos," and "Ghetto." Later that year, Alsina embarked on the Testimony Live tour and opened for Usher on "The UR Experience Tour." 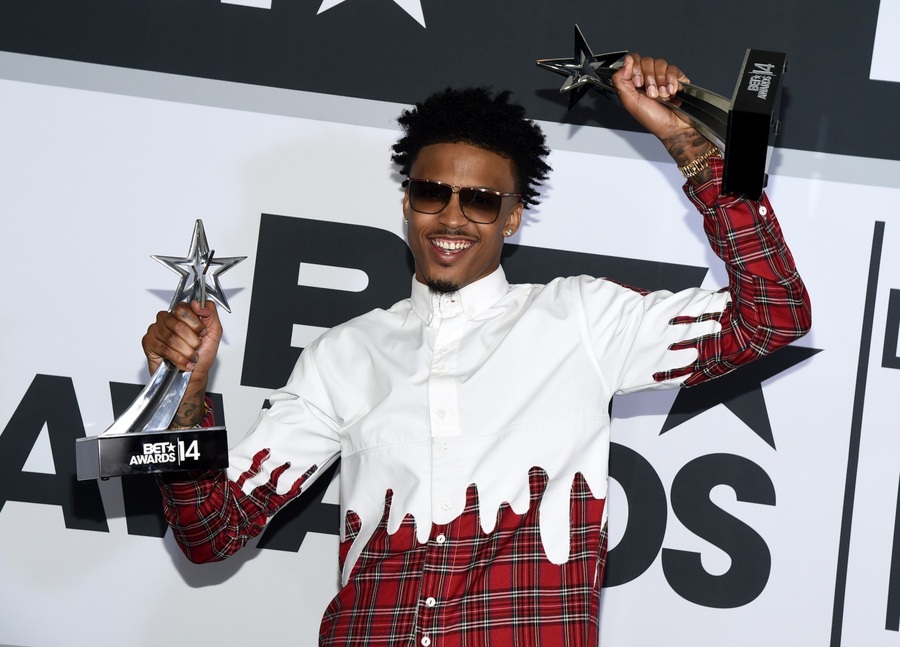 August followed the success of "Testimony" with December 2015's "This Thing Called Life," which spawned the singles "Hip Hop," "Song Cry," "Why I Do It" (featuring Lil Wayne), "Dreamer," and "Been Around the World" (featuring Chris Brown). The album sold 41,000 copies during its first week, and the "Hip-Hop" video premiered during the BET Awards in June 2015. Alsina began working on his third album, "The Product III: State of Emergency" in 2017, and he released the singles "Drugs," "Lonely," and "Don't Matter" that year. The album was released in June 2020 and peaked at #9 on the US R&B chart and #4 on the US Independent Albums chart. He also released the EP "Forever and a Day" in February 2019, and in July 2020, August and Rick Ross released the single "Entanglements" (which is about Alsina's relationship with Jada Pinkett Smith), and it reached #7 on the US R&B chart. August has been featured on tracks by several other artists, including DJ Khaled's "Hold You Down" (2014), "Gold Slugs" (2015), and "Do You Mind" (2016) and Kevin Gates' "I Don't Get Tired" (2014), and he has appeared on tracks by Flo Rida, Young Jeezy, Keyshia Cole, Meek Mill, and Rick Ross.

Personal Life: August became the legal guardian of his three nieces, Chaylin, Amaiya, and Kayden, in 2018 after their mother, Chandra, passed away from cancer. Chandra was engaged to Alsina's brother Melvin at the time of his murder (which remains unsolved) in 2010.

August made news in June 2020 when he claimed that Will Smith gave him permission to enter into a romantic relationship with Jada Pinkett Smith. On a July episode of her show "Red Table Talk," Jada admitted that she had been in a relationship with Alsina 4 1/2 years earlier during a separation from Will.

August suffers from an autoimmune disease that affects his liver, and it caused him to collapse onstage during a 2014 concert; he was in a coma for three days after the incident. In 2015, he had eye surgery as a result of an eye disease that was causing blindness. In a 2019 Instagram video, Alsina told fans that he had been hospitalized because he "woke up one day and wasn't able to walk."

Awards and Nominations: August won Best New Artist and the Coca-Cola Viewers' Choice Award at the 2014 BET Awards, and he was nominated for Best Male R&B/Pop Artist in 2014 and 2015 and Best Collaboration for "I Luv This Shit" in 2014 and "No Love (Remix)" in 2015. Alsina also earned a Soul Train Music Award nomination for Best R&B/Soul or Rap New Artist in 2014.