What is Aubrey O'Day's net worth?

Aubrey O'Day is an American singer/songwriter, actress, fashion designer who has a net worth of $4 million dollars. She is (twice) a member of the group Danity Kane (fired in 2008 and reconciled in 2013). O'Day has modeled for such publications as Blender and Playboy and also performed on Broadway in the production Hairspray.

Aubrey Morgan O'Day was born on February 11, 1984, in San Francisco, California and began performing at the age of five. When she was four years old she started to cry at a performance of "The Nutcracker." Her mother asked her what was wrong and O'Day's response was: "I'm sad that I'm sitting here and not up on stage." During her childhood, Aubrey played the lead character in several musicals including "The Sound of Music," "The Wizard of Oz," "Fiddler on the Roof," and "Rent." She attended La Quinta High School and graduated with a degree in political science from UC Irvine.

O'Day emerged as the breakout star on MTV's competitive reality show "Making the Band 3" in 2004. O'Day was picked on the show to be in the girl group Danity Kane and was the first member chosen. Their first album debuted in August 2006 and hit #1 on the Billboard 200 charts. Dainty Kane opened for Christina Aguilera and the Pussycat Dolls. O'Day was fired from Danity Kane in October 2008, much to the dismay of fans of the band and of O'Day. She was released from her record label on Bad Boy Records by Sean Combs in April 2009. She began playing the role of Amber Von Tussle in the Broadway production of "Hairspray" that summer. O'Day starred in the 2009 comedy American High School. She got her own reality show in 2010 called "All About Aubrey" which premiered on the Oxygen Network. In 2011, she signed a solo record deal with SRC/Universal Motown Records. Her first debut single "Automatic" was released on April 12, 2011. It hit the top 20 on the iTunes pop chart in under two hours. 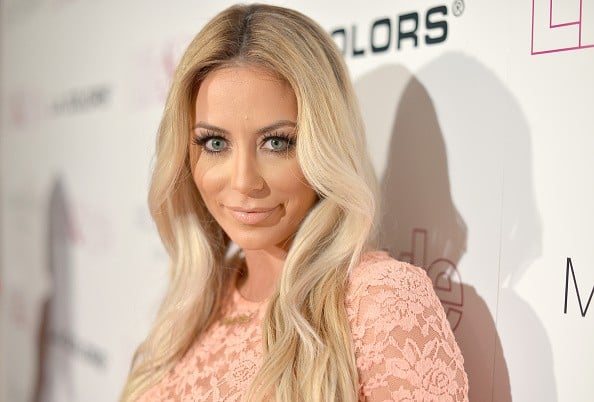 Her television stints include being 'fired' in 2012 from Donald Trump's The Celebrity Apprentice 5, during which she was also heavily (and publicly) criticized for being "narcissistic, self-centered, evil and vicious". Later that year, she released a new single called "Wrecking Ball," which sold 3,000 downloads in its first week. She released a video on Vevo for the song in September 2012. O'Day began recording her debut solo EP in 2012 and released three new songs from it:  "Love Me When You Leave", "Let Me Lay," and "Before I Drown." She performed her singles "Automatic" and "Before I Drown" at the Chicago Pride Festival and on the CW's TV show "Oh Sit!". "Between Two Evils" was released on iTunes on August 13, 2013. It topped the iTunes US Dance Chart on pre-order sales and got to #5 on the iTunes US Pop Chart. Danity Kane was reunited briefly, including O'Day, and released their third and final album "DK3" before splitting again. August 2016 saw O'Day's return to reality TV when she took part in the 18th season of the UK "Celebrity Big Brother." She finished in fifth place. In July 2021, O'Day released a single called "Body Love High."

Outside of her music career, O'Day appeared in Maxim's Hot 100 List and on Blender's 100 Hottest People List. She became the face of the clothing line Famous Stars and Straps and made a cameo in Estelle's music video for her song "Pretty Please." O'Day started her own clothing line in 2008 called Heart on my Sleeve and posed topless in November of that year for Complex. O'Day made a guest appearance on the reality show "50 Cent: The Money and the Power" in late 2008. She has also been featured on the covers of many magazines including Playboy in March 2009, GQ, In Touch Weekly, and Us Weekly, in addition to appearing in Palm Springs Life, Dub, Envy, King, Right On, Image, and Jadore. O'Day was a guest judge in 2013 on season five of "RuPaul's Drag Race."

O'Day has worked with several charitable organizations in different countries involving children living with AIDS, and has volunteered at refugee centers and orphanages. She also volunteers for The Pink Project, RAINN, and helped victims financially in the aftermath of Hurricane Katrina. She supported Barack Obama for president in 2008 and is a supporter of LGBTQ rights.

O'Day has been romantically linked to DJ Cassidy, a New York disc jockey, and her appearance at a public event with a 'girlfriend' sparked rumors of bisexuality. When asked by Chelsea Handler (in an interview on Chelsea Lately in 2009) whether or not she was bisexual, she replied, "Generally I don't like to label myself…I want to find someone I'm passionate about and I don't want to limit myself to one segment of the population." 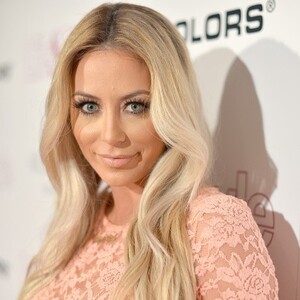