What is Halsey's Net Worth?

Halsey is an American singer and songwriter who has a net worth of $20 million. She started writing songs at age 17 and signed a recording contract with Astralwerks in 2014. Halsey released her first EP, "Room 93," later that year, and it peaked at #3 on the "Billboard" Heatseekers chart. Her debut album, "Badlands," was released in 2015 and reached #2 in the U.S. and Australia and made the Top 10 in Belgium, Canada, Ireland, New Zealand, the Netherlands, and the U.K.

Halsey's career really hit the stratosphere after being the featured vocalist on "Closer," a 2016 song by The Chainsmokers, which hit #1 in more than 10 countries. She released a second solo album, "Hopeless Fountain Kingdom," in 2017, and it debuted at #1 in the U.S. and went Platinum. In 2019, Halsey was a featured vocalist on the BTS song "Boy with Luv," which garnered nearly 75 million views in its first day alone. As of this writing, the song has more than 900 million views on YouTube. Halsey released a video for her song "Nightmare" in mid-2019, and by April 2020, it had been viewed more than 99 million times.

Halsey was born Ashley Nicolette Frangipane on September 29, 1994, in Edison, New Jersey. Her mother, Nicole, is an EMT, and her father, Chris, is the manager of a car dealership. Frangipane grew up in several cities with younger brothers Dante and Sevian, and she played cello, violin, and viola before she switched to acoustic guitar at age 14. She was bullied in high school, and she attempted suicide and was hospitalized for more than two weeks when she was 17 years old. Frangipane was then diagnosed with bipolar disorder and began abusing drugs and got involved with a 24-year-old man who lived on Brooklyn's Halsey Street. She began writing songs and graduated from Warren Hills Regional High School in 2012. Frangipane originally enrolled at the Rhode Island School of Design, but she withdrew because she couldn't afford to attend and decided to go to community college instead. She later dropped out, and her parents kicked her out of their home, so she began living with "degenerate stoners" in a lower Manhattan basement and occasionally stayed in homeless shelters.

Frangipane began posting videos on YouTube and other websites in 2012 and gained attention for her parody of Taylor Swift's "I Knew You Were Trouble." In 2014, she met a "music guy" at a party, and he asked her to collaborate with him; they recorded the song "Ghost" and posted it on SoundCloud, and several record labels began pursuing Halsey. She chose Astralwerks and started performing acoustic shows under different stage names before settling on "Halsey." Halsey released her debut album, "Badlands," on August 28, 2015, and it went 2× Platinum, sold more than 100,000 copies in its first week, and spawned the Platinum singles "Ghost," "Castle," "Colors," and "New Americana." Halsey performed on the 2015 Justin Bieber song "The Feeling" and The Chainsmokers 2016 single "Closer" (which she co-wrote), and the lyric video for "Closer" has been viewed more than two billion times on YouTube.

Halsey released her second album, "Hopeless Fountain Kingdom," on June 2, 2017, and she became the first woman to have a #1 album on the U.S. charts in 2017. The album included the hit singles "Now or Never" (3× Platinum) and "Bad at Love" (5× Platinum). In January 2018, she was a musical guest on "Saturday Night Live," and just over a year later, she returned as both the host and musical guest, and she was the musical guest again in January 2020. In 2018, Halsey had a cameo in the movie " A Star Is Born," voiced Wonder Woman in the animated film "Teen Titans Go! To the Movies," and served as an advisor on the NBC singing competition "The Voice." She released the single "Without Me" in October 2018, and it went 7× Platinum and reached #1 on the "Billboard" Hit 100 chart. In 2019, Halsey collaborated with Juice WRLD, Yungblud, and BTS, and on January 17, 2020, she released her third album, "Manic," which hit #2 on the "Billboard" 200 chart. In June 2020, she announced that she would be publishing a book of poetry, "I Would Leave Me If I Could," and the album "Badlands (Live From Webster Hall)," was released in August. 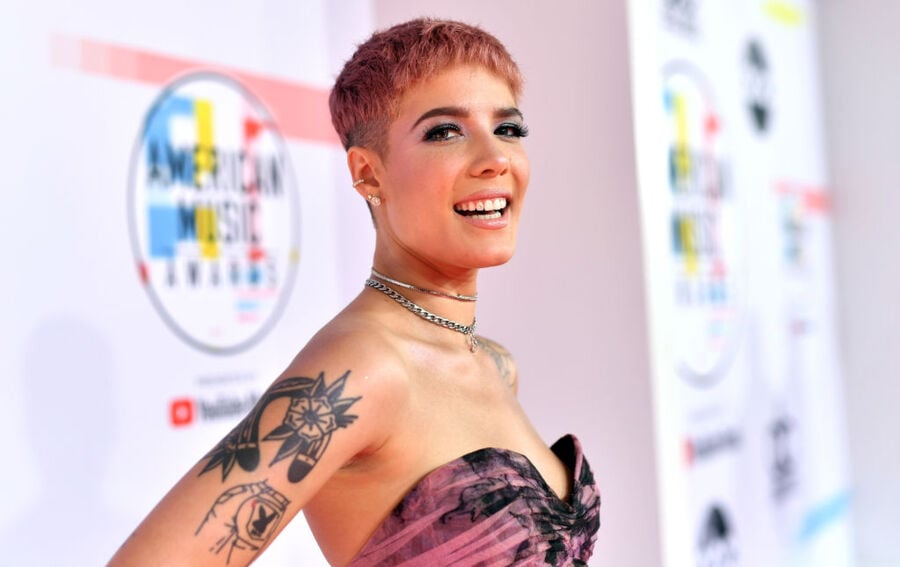 After the June 2016 Pulse nightclub shooting, Halsey was one of 27 artists to perform on the charity single "Hands," which benefited GLAAD, the GLBT Community Center of Central Florida, and the Equality Florida Pulse Victims Fund. In 2017, she took part in Entercom radio network's "I'm Listening" campaign for suicide prevention and mental health awareness. In response to the 2017 Women's March, Halsey donated $100,000 to Planned Parenthood after tweeting a promise to donate $1 for each retweet. She performed an original poem called "A Story Like Mine" at the 2018 Women's March, and a few months later, she participated in the March for Our Lives protest in Washington, D.C. In April 2019, Halsey performed on the song "Earth," a charity single for climate change awareness. In 2020, she took part in Los Angeles protests after the murder of George Floyd and founded The Black Creators Fund.

Halsey has described herself as "tri-bi': biracial, bisexual, and bipolar. She was in a relationship with Norwegian producer Lido from 2015 to 2016, and she dated rapper G-Eazy from 2017 to 2018; the couple collaborated on the song "Him & I," and the relationship inspired her 2018 single "Without Me." Halsey has also dated alternative rock musician Yungblud and "American Horror Story" star Evan Peters. In 2016, she was diagnosed with endometriosis, and believes that a miscarriage she suffered the previous year may have caused the condition. Halsey was on tour when her miscarriage occurred, and rather than cancel that night's concert, she performed through the pain because she didn't want to jeopardize her career. In 2017, she had surgery to help minimize the pain caused by endometriosis.

In 2016, Halsey was named Rising Star at the "Billboard" Women in Music awards. In 2017, "Closer" earned her an iHeartRadio Music Award for Dance Song of the Year and "Billboard" Music Awards for Top Collaboration, Top Dance/Electronic Song, and Top Hot 100 Song. Halsey has also won a GLAAD Media Award (Outstanding Music Artist), Global Award (Rising Star Award), American Music Award (Favorite Pop/Rock Song for "Without Me"), two Teen Choice Awards (Choice Summer Female Artist and Choice Collaboration for "Boy With Luv"), and two iHeartRadio Titanium Awards (for "Bad at Love" and "Him & I"). In 2019, she received the Hal David Starlight Award from the Songwriters Hall of Fame, and she earned two Grammy nominations in 2017: Album of the Year for Justin Bieber's "Purpose" and Best Pop Duo/Group Performance for "Closer."

The impressive property spans nearly 5-acres. The main house is 9,600 square-feet and features 5-bedrooms and 7.5 bathrooms. There's a large guest house, pool, ponds and much more. 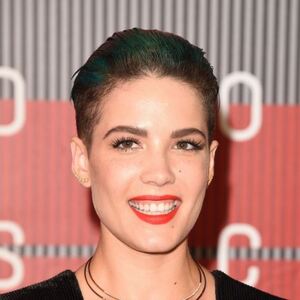