What is Ashlee Simpson's Net Worth?

Ashlee Simpson is an American singer-songwriter and actress who has a net worth of $11 million. The younger sister of pop star Jessica Simpson, Ashlee has had a respectable career of her own and has managed to more or less escape her older sister's shadow in the fields of pop music as well as reality television.

Ashlee Simpson was born on October 3rd, 1984 in Waco, Texas. She and older sister Jessica had a more or less normal upbringing, studying ballet starting at age 3, and at age 11 she became the youngest child ever to be admitted in the School of American Ballet. That was until 1999, when Simpson patriarch Joe Simpson moved the family to Los Angeles in order to focus on Jessica's pop career. Concurrent to Jessica's rise into stardom, Simpson worked as both a TV commercial actress and a backup dancer for her older sister's concerts. But she soon embarked on a higher-profile music career of her own.

At first, the plan was for Ashlee to focus on acting while Jessica stayed focused on music. And one of her earliest breakthroughs in this field was a minor role on an episode of Malcolm in the Middle as well as the 2002 Rob Schneider comedy The Hot Chick. Then the popular WB series 7th Heaven brought her on in the show's seventh season, when she began playing the role of Cecilia Smith as a series regular. But her interest in music continued to overpower any acting ambitions she might have had, and in 2002 her song "Christmas Past, Present, and Future" was featured on the Christmas theme album School's Out! Christmas, and would later be re-released to capitalize on her music stardom on the Radio Disney Jingle Jams record a couple years later. In 2003 her song "Just Let Me Cry" was recorded for the Disney comedy Freaky Friday, and it was at this point that Ashlee seemed to transition to the music industry in earnest. 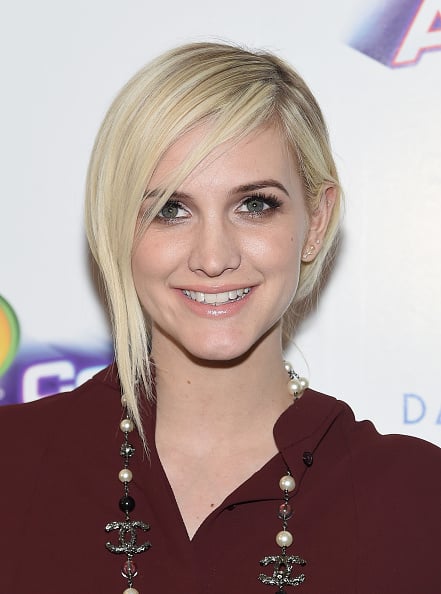 Since first popping onto the music scene, Ashlee Simpson has released three studio albums so far over the course of her career. Her first album, Autobiography was a hit when it was released in the summer of 2004. Simpson positioned herself as a somewhat edgier alternative to her older sister, incorporating a more rock-influenced sound into the album and introducing a darker hair color in contrast to her natural blonde. This stylistic distinction can also be seen in Ashlee's cited influences, which include acts like Guns 'n' Roses, Pat Benatar, Green Day, Fiona Apple, and Blondie, among others. Around the time of her debut album, Ashlee also followed in her sister's reality TV footsteps, first by appearing on Newlyweds with Nick and Jessica before getting her own spin-off The Ashlee Simpson Show, also on MTV. But in 2004, Ashlee had her first brush with infamy when her fame was tarnished somewhat after a botched lip-synched performance on an episode of Saturday Night Live. The incident got a significant amount of media attention and mockery, and continues to be a memorable disaster years after the fact. Many credited the SNL incident with the failure of Ashlee's next single "Shadow" to have the same commercial success as her previous releases. 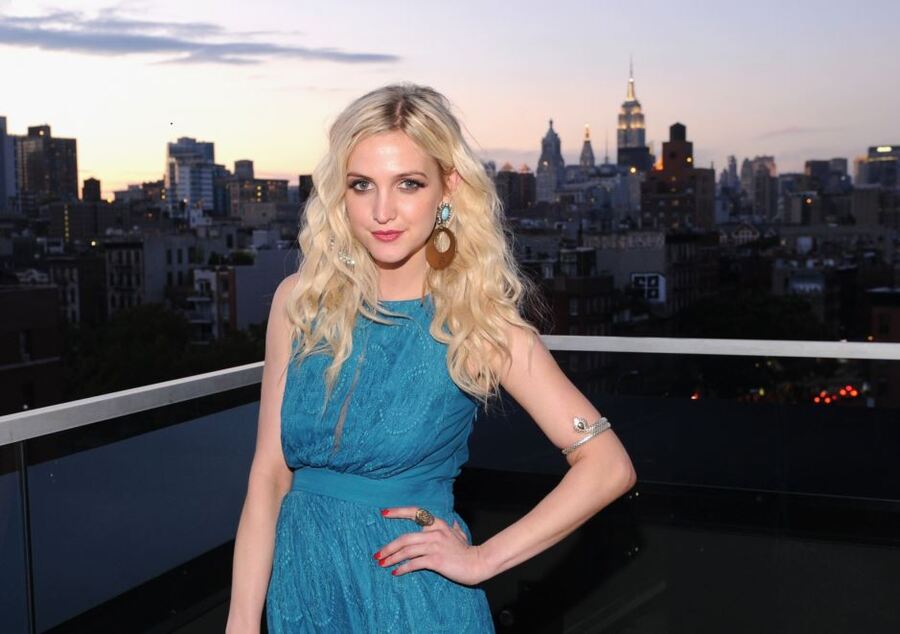 In October of 2005, Ashlee Simpson released her second album I Am Me, with what Simpson cited as an 1980s music influence. While failing to match the commercial success of Autobiography, the album still sold well, and led directly into the I Am Me Tour starting at the end of the year.

She released her third album Bittersweet World in 2008. That album featured the singles "Outta My Head (Ay Ya Ya)" and "Little Miss Obsessive." The record was something of a stylistic departure from her previous pop-rock inflected efforts, as Simpson collaborated with producers like Timbaland and The Neptunes, but the record continued her commercial decline, and the following year she made her return to TV with a regular role on the CW's Melrose Place revival. A few years later Simpson appeared as a guest judge on America's Next Top Model, Cycle 17, and in 2013 she appeared in the comedy film Pawn Shop Chronicles.

After some time out of the spotlight, Ashlee returned to reality TV in 2018 with husband Evan Ross, and the two were also said to have been working on a collaborative album, having already released a single together entitled "I Do."

Ashlee Simpson has also had some success on the musical stage. In 2009 she began appearing as Roxie Hart in the musical Chicago on Broadway as well as the London incarnation of the popular favorite. Then in 2013, she reprised the role in the Hollywood Bowl production of Chicago, where she was described as "an audience favorite" by critics.

In 2008 Ashlee Simpson married Fall Out Boy bassist Pete Wentz. They had one child, Bronx Mowgli, together before divorcing in 2011.  In 2014, Ashlee married Diana Ross' son Evan Ross. Their first child, daughter Jagger Ross, was born in the summer of 2015, and in April of 2020 the couple announced on Instagram that Simpson was pregnant with their second child.

In 2018 Ashlee Simpson and Evan Ross let fans into their Los Angeles home through their reality show Ashlee + Evan. The house has been described by Simpson as a creative haven where both she and her husband can pursue their artistic interests, and was also reportedly inspired architecturally by the famous Gramercy Park Hotel in New York City. 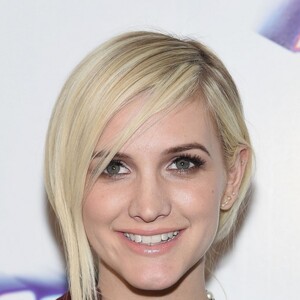