Armando Manzanero net worth: Armando Manzanero is a Mexican musician, singer, and composer who has a net worth of $40 million. Armando Manzanero was born in Merida, Yucatan, Mexico in December 1935. He is a pianist of Maya descent and considered to be the top Mexican romantic composter and one of the most successful in Latin America. He serves as the president of the Mexican Society of Authors and Composers. Manzanero received a Grammy Lifetime Achievement Award in 2014. He was inducted into the International Latin Music Hall of Fame in 2000 and then the Billboard Latin Music Hall of Fame in 2003 as well as the Latin Songwriters Hall of Fame in 2013. Armando Manzanero has released many albums over the years starting with his debut Mi Primera Grabacion in 1959. He has composed more than 400 songs. He served as musical director for the Mexican branch of CBS International and a musical promoter for EMI. 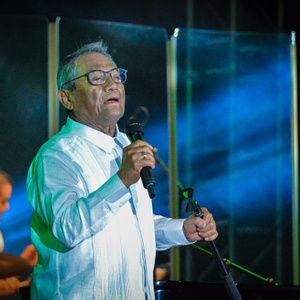