Aracely Arámbula Net Worth: Aracely Arámbula is a Mexican actress, model and singer who has a net worth of $11 million. Born March 6, 1975 in Chihuahua, Chihuahua, Mexico, she is of French and Basque descent. Arámbula began acting in 1994 and went on to pursue a singing career, beginning with a performance of nursery rhymes in a tribute to Francisco Gabilondo Soler, a Mexican composer and performer of children's songs.

In 2003, she was nominated at the Billboard Latin Music Awards for Best Album, Best Duo and Best Regional Mexican Song with her production Sólo Tuya (2003), subsequently releasing the studio album 'Sexy', produced by the late singer Selena's brother A.B. Quintanilla. Arámbula writes songs and plays guitar as well. Over her career, her love life has been highly publicized, including high-profile relationship with singer Pablo Montero, Eduardo Verastegui, Gabriel Soto and Arturo Carmona. She was also reportedly in a relationship with Argentine actor Sebastián Rulli at one time as well. In July of 2013 Sebastián Rulli confirmed the end of a 16-month relationship with Aracely Arambula and he was reportedly dating his Lo Que La Vida Me Robo costar Angelique Boyer. Arambula also had a four-year romance with singer Luis Miguel and gave birth to two of his sons: Miguel (2007) and Daniel (2008). Arámbula has also been known to lend her image to perfumes and cosmetics within Mexico. Her brother Dr. Leonardo Arámbula manages her career and together they own a spa in Mexico City. Since 2016 she Aracely Arámbula has starred in the television series La Doña. 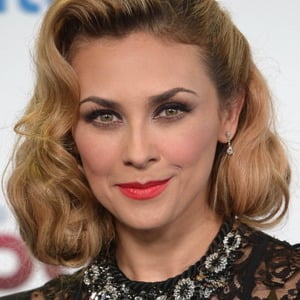