Anthony Hamilton Net Worth: Anthony Hamilton is an American musician and record producer who has a net worth of $8 million dollars. Born in 1971 in Charlotte, North Carolina, Anthony Hamilton began singing in his local church choir as a kid. He moved to New York City in the early '90s and landed a record deal.

He released his debut album, "XTC", in 1996. He then started working with other musicians, co-writing "U Know What's Up" and going on tour with D'Angelo. In 2002, he sang on the chorus of Nappy Roots' "Po' Folks", earning a Grammy Award nomination. Hamilton's next release wasn't until 2003's "Comin' From Where I'm From". He has since released 2005's "Soulife", 2005's "Ain't Nobody Worryin'", 2007's "Southern Comfort", 2008's "The Point of It All", and 2011's "Back to Love". Hamilton worked with Jadakiss and on two 2Pac remixes. He appeared with The RH Factor, Angie Stone, and Buddy Guy. Hamilton won the BET J Cool Like That Award at the 2006 BET Awards and later guest starred on "Chappelle' Show". Hamilton sings in the movie "American Gangster" and worked on the film's soundtrack. He is also featured on the soundtrack for Quentin Tarantino's 2012 release "Django Unchained" starring Jamie Foxx, Cristoph Waltz, and Leonardo Dicaprio. 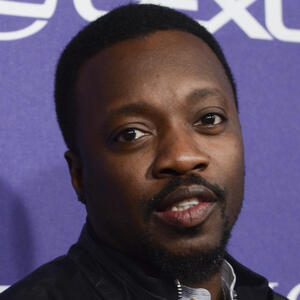