Jules LeBlanc net worth: Jules LeBlanc is an American internet personality, actress, singer, and gymnast who has a net worth of $3 million. Jules, who formerly went by Annie LeBlanc, is best known for her work on YouTube.

Julianna Grace LeBlanc was born in Augusta, Georgia on December 5, 2004. She was called one of "most famous teens in the world" by Business Insider. She started her YouTube channel Annie LeBlanc Bratayley in 2008 and has more than three million subscribers and more than 460 million views. LeBlanc began appearing in online videos at four years old. As an actress she has starred as Rhyme on the YouTube series Chicken Girls on Brat. She has also starred on YouTube Brat series A Girl Named Jo as Jo Chambers and played Rhyme in Chicken Girls: The Movie. Annie LeBlanc began starring on the Bratayley family vlog in 2010 and starred in the YouTube Red Originals series We Are Savvy from 2016 to 2018. She won a Shorty Award in 2018 and a Teen Choice Award in 2019. 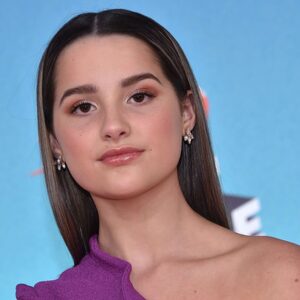