How much is Anne Murray Worth?

Anne Murray net worth: Anne Murray is a Canadian singer, songwriter and producer who has a net worth of $50 million. Anne Murray has earned her money the old-fashioned way: Making music that your parents and grandparents LOVE. Murray's career in music began while she was still in college – she was recorded on a University of New Brunswick record The Groove. From there, she received a few small jobs in show business, including one on the musical variety show Singalong Jubilee. She finally found real success in 1969, when a track off of her album This Way Is My Way became a surprise hit. The song, entitled "Snowbird" remains one of her most recognizable and popular pieces.

This song led to even bigger things, with Murray becoming a regular on the popular musical show The Glen Campbell Goodtime Hour. Long after her initial success, Anne Murray continues to be a big hit among niche audiences with her recording career. She also has a strong interest in golf, and was recently named the world's best female celebrity golfer by Golf for Women magazine. In 2009, her autobiography was published under the title All of Me. She continues to be one of the best-selling recording artists in the adult contemporary genre. 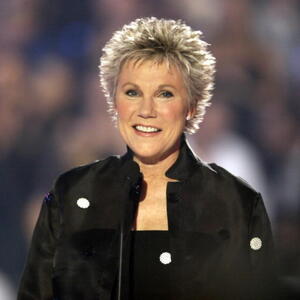