Anna Calvi Net Worth: Anna Calvi is an English singer-songwriter and guitarist who has a net worth of $5 million. Anna Calvi was born in Twickenham, England, United Kingdom in September 1980. She stared playing the violin at six years old and the guitar at eight. She graduated from University of Southampton and then worked as a guitar teacher.

Her self-titled debut studio album was released in 2011. The album reached the top 50 in the UK, Austria, Belgium, France, Switzerland, and the United States. The album earned her a nomination for the Mercury Music Prize and a BRIT Award. Calvi's second studio album One Breath was released in 2013. This time she cracked the top 50 in the UK, Belgium, France, Ireland, and the U.S. In 2012 she won a European Border Breakers Award from Eurosonic Noorderslag. She has performed at the Colette showcase and for a Gucci dinner hosted by Vogue. She wore Gucci outfits on her US tour in May 2011 and opened the Gucci Sydney store in 2011. Some of her popular singles include "Jezebel", "Surrender", "Joan of Arc", "Baby It's You", "Fire" and "Wolf Like Me". 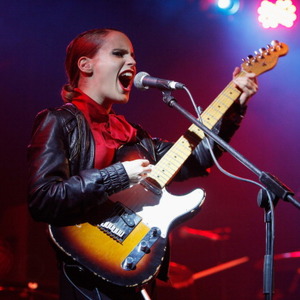