What Is Ann Wilson's Net Worth?

Ann Wilson was born Ann Dustin Wilson on June 19, 1950, in San Diego, California. Ann grew up with father John (a U.S. Marine Corps major), mother Lou (a concert pianist), and sisters Nancy and Lynn. The family moved frequently due to John's career, and they lived in Taiwan and Panama during Ann's childhood. In the early '60s, the Wilsons settled in Seattle, Washington, and Ann attended Sammamish High School, graduating in 1968. Music was important to the Wilson family, and on Sundays, they'd have "pancakes and opera." When Ann was 12, she contracted mononucleosis and missed school for several months, and Lou bought her an acoustic guitar to keep her busy while she was stuck at home. Wilson had a stutter during her youth, and she turned to singing as a way to overcome it. Ann and Nancy played in the bands Viewpoint and Rapunzel during their high school years, and after graduation, Ann joined the band White Heart, which later became known as Hocus Pocus. In 1974, the name was changed to Heart, and Nancy joined the band.

After Nancy joined Heart, the band relocated to Canada, and they released their debut studio album, "Dreamboat Annie," in September 1975. The album was certified Platinum in the U.S. and reached #7 on the "Billboard" 200 chart. They followed "Dreamboat Annie" with the Platinum "Magazine" and the 3x Platinum "Little Queen" in 1977, the 2× Platinum "Dog and Butterfly" in 1978, and the Gold "Bébé le Strange" in 1980. In 1985, the band released the 5x Platinum "Heart," which topped the "Billboard" 200 chart. The band's next two albums, the 3x Platinum "Bad Animals" and the 2x Platinum "Brigade," reached #2 and #3 on the "Billboard" 200 chart, respectively. In 1992, Wilson performed on the tracks "Am I Inside" and "Brother" on the Alice in Chains EP "Sap," and in the mid-1990s, Ann and Nancy opened the Bad Animals recording studio in Seattle. The sisters formed the side project the Lovemongers and performed a cover of Led Zeppelin's "The Battle of Evermore" on the soundtrack for the 1992 film "Singles," which was directed by Nancy's then-husband Cameron Crowe. The Lovemongers released the live EP "Battle of Evermore" (1992), the studio album "Whirlygig" (1997), and the holiday album "Here is Christmas" (1998). 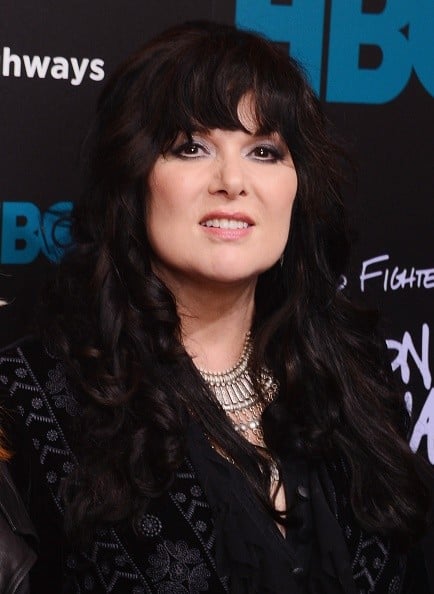 In the '70s, Ann dated Heart's manager, Michael Fisher, and they split up in 1979 after Michael fell in love with someone else. In 1991, Wilson adopted a daughter, Marie, followed by a son, Dustin, in 1998. On April 25, 2015,  she married Dean Wetter, who she briefly dated in the '80s. In August 2016, Dean was arrested after he assaulted Nancy's 16-year-old twins, Curtis and William. The boys left the doors of Ann's tour bus open after Dean asked them to close them so the dogs would not escape, and he punched and slapped one of the teens and tried to choke both of them. In March 2017, Wetter pleaded guilty to two counts of assault, and after making a plea deal, he received a suspended sentence of 364 days as well as two years' probation. This incident caused tension between Ann and Nancy, resulting in Heart going on hiatus after their 2016 tour ended. The hiatus ended in early 2019, and Heart soon embarked on their "Love Alive" tour.

During Wilson's childhood, she was bullied because of her weight, and she has said that she starved herself and took diet pills in the '70s and early '80s. In the mid-1980s, record executives and members of Heart put pressure on Ann to lose weight, and the negative publicity she received because of her size caused Wilson to have stress-related panic attacks. In January 2002, she underwent a LAP-BAND Adjustable Gastric Banding System procedure and lost 60 pounds by the end of the year. In November 2009, doctors discovered that Ann had liver disease due to alcohol consumption, and she decided to get sober. In 2020, she spoke about her sobriety in "The Ties That Bind Us" interview series, stating, "The first thing I did when I decided to do it, was that I met with a group of friends, people who were closest to me, and we sat around and talked. They wanted me to go into a traditional 'recovery-by-the-sea' type of place, but I didn't want to do that. I had little kids, and I wanted to be there for them. So I made a public vow that if I fell off the wagon, I would go to one of those places. And then I went into therapy. I went four times a week until I could gradually go once a week, and I had methods that included meditation, big-time. Whenever I felt that urge, that voice saying I can have just one, I go there instead, and that's how I did it."

Heart has received four Grammy nominations: Best Rock Performance By A Duo Or Group With Vocal, for "Heart" (1986) and "Bad Animals" (1988) and Best Pop Performance By A Duo Or Group With Vocal for "Alone" (1988) and "All I Wanna Do Is Make Love to You" (1991). They won a Juno Award for Group of the Year in 1977, and they were nominated for Breakthrough Group of the Year (1976), Album of the Year for "Dreamboat Annie" (1977), and International Album of the Year for "Heart" (1986). The band has also earned a Brit Award nomination for International Group (1988) and an American Music Award nomination for Pop/Rock Band/Duo/Group (1987). In 2009, Ann and Nancy were honored with the ASCAP (American Society of Composers, Authors and Publishers) Founders Award, and they received a star on the Hollywood Walk of Fame in 2012. 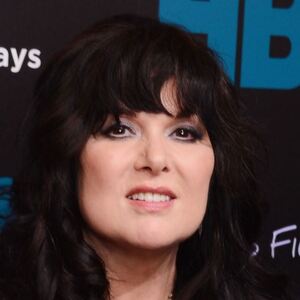