Anjali Ranadivé net worth: Anjali Ranadivé is an American singer-songwriter and marine conservationist who has a net worth of $10 million. Anjali Ranadivé was born in the San Francisco Bay Area, California in September 1992. Ranadive is also known by the stage name Anjali World. Anjali graduated from UC Berkeley in 2013 with a degree in marine science. Anjali's father Vivek Ranadive is a majority owner of the NBA's Sacramento Kings and is the founder and CEO of TIBCO. Vivek has a net worth of $700 million. Anjali represented the Kings at the 2014 NBA Draft Lottery. She was part of a basketball team coached by her father that used a full-court press to reach the national finals. Anjali is an R&B singer and songwriter. Her first single "We Turn Up" was released in April 2014. Her single "Nobody" featuring Tyga was also released in 2014. Anjali has opened for artists such as Trey Songz, New Boyz, and Raghav. Anjali sang the national anthem in Madison Square Garden when Indian prime minister Narendra Modi had a rally there. Anjali worked at aquariums, conversation centers, and animal rescues growing up. After graduating she founded a nonprofit marine and wildlife conversation called Jaws & Paws to which she donates all proceeds from her music career. 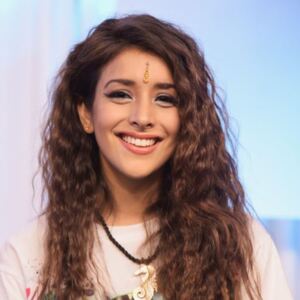