Anitta net worth: Anitta is a Brazilian singer, songwriter, actress, and dancer who has a net worth of $50 million. She has had several #1 singles in Brazil including "Show das Poderosas", Nao Para", and "Deixa Ele Sofrer".

Career: Anitta was born Larissa de Macedo Machado in Rio de Janeiro, Brazil in March 1993. She gained fame after she released her debut single "Show das Poderosas" in 2013. The success of the single led to a major contract with Warner Music Brasil. Anitta released her self-titled debut studio album in 2013. The album reached #1 in Brazil and was certified 5x Platinum.

Her 2014 album "Ritmo Perfeito" reached #1 in Brazil and was certified Platinum. 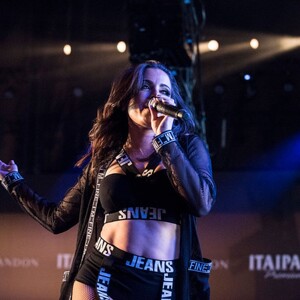