Anita Baker net worth: Anita Baker is an American jazz singer, soul singer, and songwriter who has a net worth of $40 million. Anita Baker is an American singer-songwriter known for her romantic R&B ballads. She began her career in the late 1970s as part of the funk band Chapter 8, and released her debut solo album shortly after in 1983. Her second album, the Platinum-selling "Rapture," launched her to fame in 1986; since then, she has won a number of Grammy Awards, and has had multiple Platinum-selling albums, as well as one that went Gold.

Early Life and Career Beginnings: Anita Denise Baker was born in Toledo, Ohio in 1958. When her mother abandoned her at the age of two, she was raised by a foster family in Detroit, Michigan. At twelve, her foster parents passed away, and she was put under the care of her foster sister. By the time she was sixteen, Baker was already singing R&B at nightclubs in the city. During this time, she was discovered by bandleader David Washington, who invited her to audition for the band Chapter 8, which she joined in 1975. Baker toured with the group, eventually securing a deal with Ariola Records in 1979. Chapter 8's first self-titled album featured the single "Ready for Your Love," a duet between Baker and Gerald Lyles. Later that year, Ariola was purchased by Arista Records, which dropped Chapter 8 from the label after claiming that Baker didn't have the proper star potential. Because of this, Baker returned to Detroit, where she worked as a receptionist and waitress. Then, in 1982, former Ariola associate Otis Smith convinced Baker to begin a solo career under his label, Beverly Glen.

"The Songstress" and Solo Success: It was in 1983 that Baker released her debut solo album, "The Songstress." It featured four singles: "Will You Be Mine," "No More Tears," "You're the Best Thing Yet," and "Angel." The latter tune became Baker's first top ten single, landing at number five on the R&B charts. Despite this success, Baker alleged that she was not given any royalties for her work. Consequently, Baker tried to leave the label, but was sued by Otis Smith for breach of contract. Following a months-long legal battle, Baker won her case against Smith, and was permitted to record for other labels. She subsequently signed with Elektra Records, a label of the Warner Music Group, and got to work on her next album.

In March of 1986, Baker finally shot to international stardom with her second album, "Rapture." The album's debut single was "Watch Your Step," which didn't initially set the charts on fire. Rather, it was the mid-tempo ballad "Sweet Love" that became Baker's first pop hit, ascending to number eight on the Billboard Hot 100 and making it onto the UK Top 20. Ultimately, "Rapture" produced three more hit singles: "Caught Up in the Rapture," "Same Ole Love (365 Days a Year)," and "No One in the World." Over the next year, Baker went on tour promoting the album; by 1988, it had sold over eight million copies globally, and earned Baker two Grammy Awards. 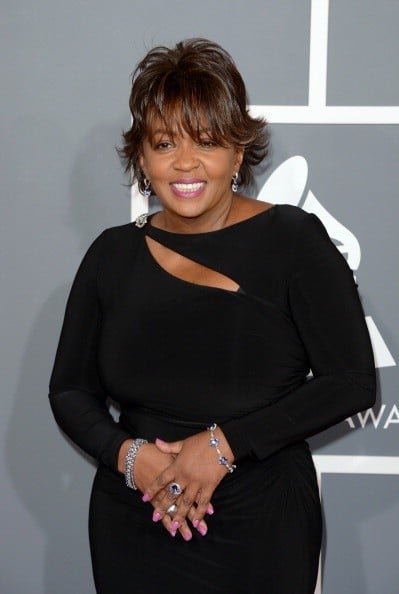 Further Musical Triumphs: Baker won a third Grammy in 1987 for her collaboration on The Winans' "Ain't No Need to Worry." The next year, she released her third album, "Giving You the Best That I Got," which was an instant success. The album topped the Billboard 200 and sold five million copies globally. Meanwhile, the title track became the most successful charted single of Baker's career, landing at number three on the Billboard Hot 100 and topping the R&B and adult contemporary charts. Her follow-up single, "Just Because," became another R&B chart-topper, while "Lead Me Into Love" ranked on the R&B top ten. All said, "Giving You the Best That I Got" became Baker's first and only number one pop album in the US; was certified three-times Platinum; and earned Baker three Grammy Awards and three Soul Train Music Awards.

Baker found continued success with 1990's "Compositions," on which she began incorporating more elements of jazz. This album produced singles including "Soul Inspiration," "Fairy Tales," and "Talk to Me." Upon wrapping up promotion for the album in 1991, Baker took a brief hiatus from the business. She came back to the charts in 1994 with "Rhythm of Love," which featured her first top 40 pop hit in five years: "Body and Soul." The album's second single, "I Apologize," won Baker her eighth Grammy Award. The album itself, meanwhile, became Baker's fourth consecutive album to go Platinum.

In late 2004, Baker went certified Gold for the first time with her album "My Everything." It reached number four on the Billboard 200 and number one on the R&B charts. Later hits included her 2005 album "Christmas Fantasy," and her 2012 cover of Tyrese's "Lately." The latter song made headlines after it was played every hour throughout the day on adult contemporary radio. In recognition of her career, in 2013 Baker was inducted into the Michigan Rock and Roll Legends Hall of Fame.

Personal Life and Real Estate: In 1988, Baker married Walter Bridgeforth, Jr., with whom she had two sons, Walter and Edward. The couple separated in 2005. Since 1993, Baker has resided in a waterfront home in Grosse Pointe Park, Michigan. The 7,000-square-foot house was built in 1987 on the shore of Lake St. Clair, and boasts a three-car garage. 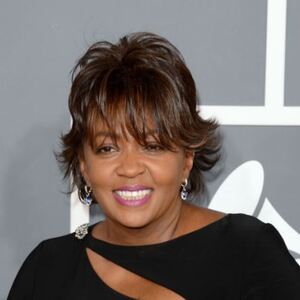