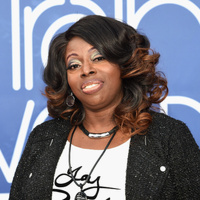 Angie Stone net worth: Angie Stone is an American singer and songwriter who has a net worth of $3 million. Angie Stone has been nominated for three Grammy Awards and has sold over 5 million albums worldwide. Angie Stone, also known as Angela Laverne Brown, was born in Columbia, South Carolina. She began singing in the gospel church when she was a child, and launched her professional singing career in the early 80s as part of the hip-hop trio, The Sequence. The Sequence was very popular during the early years of hip-hop and toured extensively. They had multiple hits, like "Funk You Up" and "Monster Jam" but as the sound of rap changed, their popularity dropped off. Angie Stone then went on to perform with Vertical Hold, and then formed her own duo called, Devox. She also wrote parts of D'Angelo's first two albums, Brown Sugar and Voodoo as well as providing vocals on tour with him. She began recording as a solo artist in the late 90s, and has since released six studio albums, two of which have been certified Gold. Angie Stone has two children, a daughter named Diamond with her ex-husband, Rodney Stone and a son named Michael, with singer D'Angelo. She currently lives in Atlanta with her son Michael and her boyfriend and manager, Ashanti Graves, who is an airline auditor and has two children of his own. In 2014, she was cast alongside Laila Ali Conway in the hit reality television series, Celebrity Wife Swap where she traded lives with the retired professional boxer for one week.