Angelique Kidjo net worth: Angelique Kidjo is a Beninese American singer-songwriter and activist who has a net worth of $5 million. Angelique Kidjo was born in Cotonou, Benin in July 1960. She has been called "Africa's premier diva" by Time magazine and has become known for her creative music videos. Kidjo has also been named one of the Top 100 Most Inspiring Women in the World by The Guardian and "The undisputed queen of Africa music" by The Daily Telegraph. Her debut album Pretty was released in 1981 and her 16th album Play na Play by Omawumi was released in 2016. Kidjo has won several awards including the Grammy Award for Best Contemporary World Music Album in 2016. She starred in the 2015 Nollywood movie The CEO and received the 2015 Crystal Award from the World Economic Forum of Davos in Switzerland. Kidjo has been associated with artists including Alicia Keys, Carlos Santa, and Ziggy Marley. 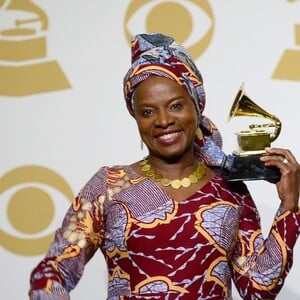