Angelina Jordan was born in Oslo, Norway in January 2006. She auditioned for Norway's Got Talent in 2014 at seven years old and her audition became a viral video online. She won the competition at eight years old and has raised millions of dollars for environmental causes and children's charities worldwide. Jordan is known for performing barefoot after she became friends with a young shoeless girl while traveling. She wrote a book about her experience and became the youngest published author in Norway. Angelina Jordan also competed on America's Got Talent: The Champions in 2020 and Little Big Shots in 2016. She released her debut maxi single My Christmas in 2014 and Angelina Jordan – The EP in 2017. Angelina Jordan released her debut studio album It's Magic with Forsvarets stabsmusikkorps in 2018. 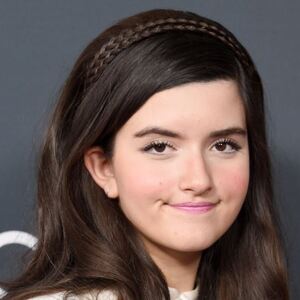