Angelica Maria net worth: Angelica Maria is an American Mexican actress and singer and songwriter who has a net worth of $10 million. Angelica Maria was born in New Orleans, Louisiana in September 1944. She has 100 acting credits to her name dating back to 1950. Angelica Maria starred in more than 200 episodes of the television series Muchacha italiana viene a casarse as Valeria Donatti in 1971.

In 1977 she starred as Monica on the TV series Corazon salvaje. Angelica Maria starred as Andrea Velarde y Victoria Valdes on the series El hogar que yo robe in 1981. In 1986 she starred as Adela Beltran on the television series Herencia maldita. She has also starred on the TV series Agujetas de color de rosa in 1994, La antorcha encendida in 1996, Bendita Mentira in 1996, Loving Again from 2003 to 2004, My Heart Beats for Lola Volcan in 2011, Que bonito amor from 2012 to 2013, and more. In 2016 she received a star on the Hollywood Walk of Fame and she won a Latin Grammy in 2008. 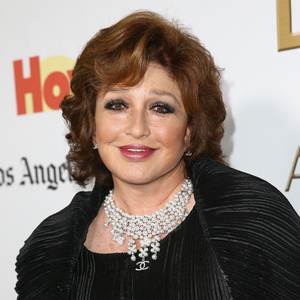