Angela Gossow net worth: Angela Gossow is a German singer who has a net worth of $6 million. Angela Gossow was born in Cologne, North Rhine-Westphalia, West Germany in November 1974. She is best known for being the former lead vocalist of the Swedish death metal band Arch Enemy. Gossow is one of the few successful female heavy metal singers and uses growling as her primary vocal style. She has also been part of the bands Asmodina and Mistress. She joined Arch Enemy in 2000 and recorded the album Wages of Sin with the band in 2001. Arch Enemy would go on to release the albums Anthems of Rebellion in 2003, Doomsday Machine in 2005, Rise of the Tyrant in 2007, Khaos Legions in 2011, and War Eternal in 2014. Gossow was diagnosed with nodules in 2002 which almost led her to have to stop growling. In 2014 Gossow stepped down as the Arch Enemy lead singer to pursue other interests but will remain as the band's business manager. Gossow provided vocals for the character Lavona Succuboso on the television series Metalocalypse. 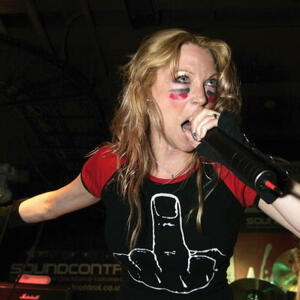