Andy Ross net worth: Andy Ross is an American musician who has a net worth of $3 million dollars. Andy Ross was born in Worcester, Massachusetts and went on to attend college at Columbia University. While at Columbia, he began performing with the bands Unsacred Hearts and DraculaZombieUSA. He then went on to perform with Cold Member, his own group – the A-Ross Experience, D-Funky and the Beechmont Chillies, Phter, and Conjugal Visit.

He began performing and recording as Secret Dakota Ring in 2004, and has since released two solo albums. In 2005, he auditioned for the group, OK Go, and was hired to replace Andy Duncan, the group's original guitarist and keyboard player. He has remained with OK Go since then. He also co-founded Serious Business Records, an independent record label. In addition to his music career, he is also the lead software developer for a mobile game company called, Space Inch, LLC. 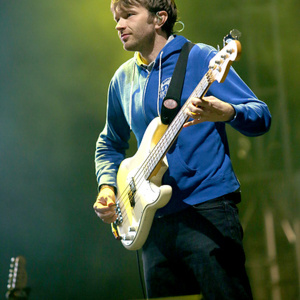