Andy Hui was born in British Hong Kong in August 1967. He sings in Cantonese and Mandarin. Hui was the first runner up in the New Talent Singing Awards in 1986. In 2004 he was named one of the New Four Heavenly Kings. His first musical release was his self-titled album in 1988 and he has released several recordings through the years. Andy Hui has starred in several films and TV series including Girls Without Tomorrow 1992, First Shot, Future Cops, Mack the Knife, Who's the Woman, Who's the Man, Swallowtail Butterfly, Feel 100%… Once More, The Monkey King: Quest for the Sutra, Koma, To Grow With Love, Science, Dressage to Win, Claustrophobia, 72 Tenants of Prosperity, Summer Love Love, A Big Deal, I Love Hong Kong 2012, Nessun Dorma, and more. In 2019 a clip of him being intimate with Jacqueline Wong was released. This was controversial because Andy has been married to Sammy Cheng since 2013 and Jacqueline was also in a relationship at the time. He was forced to make a public apology to this fans and family. Her roles in two upcoming films were cut. 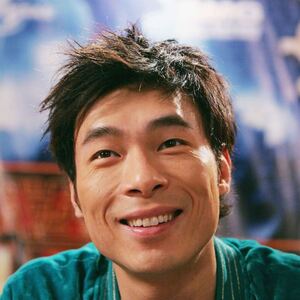