Andy Grammer net worth: Andy Grammer is an American singer, musician, songwriter, and record producer who has a net worth of $10 million. Andy Grammer was born in Los Angeles, California. He started out as a busker in Santa Monica on the Third Street Promenade before performing in the Viper Room. Grammer's self-titled debut studio album was released in 2011 on S-Curve Records and reached #1 on the US Heatseekers chart. His second studio album Magazines or Novels was released in 2014 and reached #19 on the Billboard 200 chart. Grammer has found success with the singles "Keep Your Head Up", "Fine by Me", and "Honey, I'm Good" which reached 3x Platinum and #9 on the Billboard Hot 100 chart. Andy married recording artist Aijia in 2012. In 2015 he competed on the reality television series Dancing with the Stars and also sang the National Anthem for the opening game of the World Series. Andy's released a third album titled The Good Parts in December 2017, and a fourth studio album – titled Naive – in July 2019. 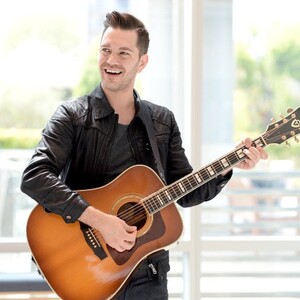