Andy Gibb Net Worth: Andy Gibb was an English singer, songwriter, and musician who had a net worth of $10 million at the time of his passing in 1988. An immensely talented singer, Andy's career was cut short prematurely just after his 30th birthday. Although Gibb achieved mainstream success with a number of chart-topping singles, he struggled with depression and drug issues throughout his career. At the time of his death, he was attempting to make a comeback. Andy is also famous for being the younger brother of Maurice, Robin, and Barry Gibb, who experienced incredible levels of success as the Bee Gees.

Early Life: Andrew Roy Gibb was born on March 5th of 1958 in Stretford, Manchester, England. Unlike his older brothers, Andy was not born on the Isle of Man. Along with Maurice, Barry, and Robin, Andy was also raised alongside an elder sister named Lesley. Although he was born in Manchester, Gibb did not stay long before the entire family relocated to Australia. He was six months old at the time. Eventually, the Gibbs moved back to the United Kingdom in 1967.

By this point, his elder brothers were already quite successful in the music industry. Andy developed a reputation for being a mischievous child and rubbed shoulders with various high-profile individuals in the music world due to his brothers' success. He was also spoiled by his parents, who gave him his own limo with which to drive around London as a young teen.

Career: By the age of 13, Barry had dropped out of school with the goal of becoming a musician. He first started playing at various clubs in Ibiza, Spain, before visiting the Isle of Man with his parents. By the mid-70s, he had formed his own group called Melody Fayre. Named after a Bee Gees song, the group included a number of musicians from the Isle of Man. Early tracks included "My Father Was a Rebel" and "Windows of My World," the latter of which was co-written by Maurice Gibb.

In 1974, Andy took his brother Barry's advice and returned to Australia. Barry recommended that he start his music career in the Down Under, as it had proved to be a recipe for success for the Bee Gees. Andy's sister Lesley was also living in Australia at the time and raising a family. During this period, Andy started to appear on Australian television, and he recorded a number of additional singles. The problem was that Andy was not "hungry" for success in the same way that his elder brothers had been. He could afford to simply disappear for months on end with the financial support of his elder brothers, leaving his bandmates with no income. Not surprisingly, many of them simply walked away from the group.

Andy then joined the band Zenta and released his first official single, "Words and Music." He also collaborated with the Australian jazz fusion group Crossfire as he began recording more singles. During this period, Andy also married his girlfriend Kim Reeder, and they had one child together before divorcing two years later.

In 1976, Robert Stigwood (manager of the Bee Gees) signed Andy to his record label. Gibb then relocated to Miami and began working on songs with Barry's help. These developments would later result in his first album, "Flowing Rivers." This album contained hits like "I Just Want to Be Your Everything," which was written by Barry and topped the charts in the United States and Australia. The album also contained "(Love Is) Thicker Than Water," which became popular. Tracks like these helped "Flowing Rivers" reach platinum status.

Andy's next album was "Shadow Dancing," the title track of which charted well in numerous nations. It was during this time that Andy became the first male solo artist to have three consecutive number-one hits. Other notable tracks from "Shadow Dancing" included "An Everlasting Love," and "(Our Love) Don't Throw It All Away." Once again, Andy's album reached platinum status. He then followed up in 1979 with "After Dark," his final studio album. A Greatest Hits album soon followed to finish up his contract with Robert Stigwood's record label.

Over the next period, Andy's drug problems proved to be a detriment to his career. Despite landing a number of TV hosting roles and collaborating with a range of artists like Queen, Andy simply disappeared for long periods of time to fuel his drug-binging lifestyle. In the early 80s, Gibb dated movie stars like Victoria Principal and Kari Michaelsen. He also performed regularly in Las Vegas. By the mid-80s, Andy's family had convinced him to seek treatment for his drug problems.

Passing: In the late 80s, it seemed as though Andy had finally beaten his substance abuse issues. However, he still battled constantly with depression despite a clean bill of health. A recent breakup with Victoria Principal may have contributed to this emotional strife. His elder brothers noticed that his mood was declining rapidly, and many of them later blamed themselves for not taking a more active role in addressing Andy's depression at this point.

Two days after Andy's 30th birthday, he started complaining of intense chest pains. He was quickly taken to a hospital in Oxford, where he underwent a series of tests. While these tests were still being conducted, Gibb collapsed and became unconscious. Not long afterward, he passed away.

Eventually, doctors were able to determine that the cause of death was myocarditis, which is an inflammation of the heart muscle. This inflammation was likely caused by years upon years of cocaine abuse that weakened his heart to the point of no return. Despite the fact that many media sources incorrectly reported that Andy had died from an overdose, he technically died from natural causes that were exacerbated by drug abuse. 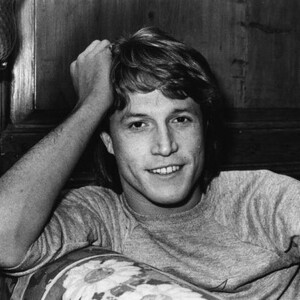