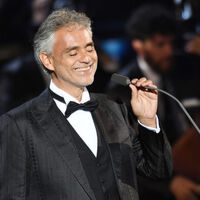 What is Andrea Bocelli's net worth?

Andrea Bocelli is an Italian tenor, singer-songwriter, and multi-instrumentalist who has a net worth of $100 million. As one of the most famous opera singers today, Andrea Bocelli enjoys a distinguished place in the musical world. He is considered to have one of the most beautiful voices in the world and has released many successful albums. Bocelli has shown his versatility over the years, collaborating with various artists across many genres, including mainstream pop music.

Andrea Bocelli was born on September 22nd of 1958 in Lajatico, Italy. After tests were conducted, doctors told his mother that she should abort him as a baby, as there was a good chance he would be born with a disability. His mother dismissed the advice, and Bocelli was born with congenital glaucoma, a condition that would seriously affect his eyesight.

By the age of six, Andrea Bocelli displayed a fascination with music, as it was one of the few things which brought him joy. After learning how to play the piano at a young age, Bocelli went on to learn the flute, saxophone, trumpet, trombone, guitar, and drums. Although he became a skilled musician with various instruments, his own voice proved to be the most fulfilling musical outlet. As a young boy, Bocelli listened to famous opera singers and dreamed of becoming a professional tenor later in life.

Although Bocelli could still see to some degree before the age of 12, he became completely blind before reaching his teens after an accident during a game of soccer. He was playing as a goalkeeper and suffered a hemorrhage after the ball struck his eye. Even more so than before, Bocelli became obsessed with singing. 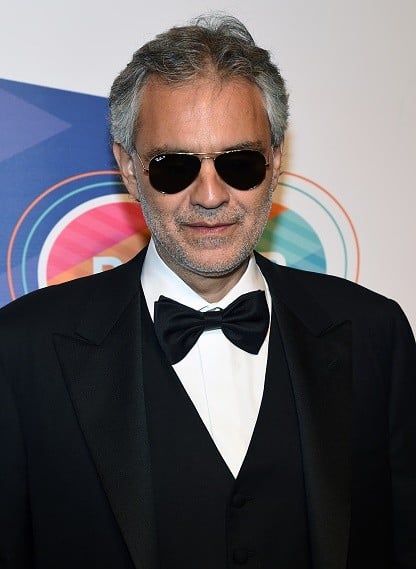 Andrea Bocelli first became known to the world in 1992, when he collaborated with rock star Zucchero and famous tenor Luciano Pavarotti for the track "Misere." Originally, Bocelli was only supposed to sing for the demo track, which was then sent to Pavarotti for his consideration. Upon hearing Bocelli sing, however, Pavarotti insisted that this upstart new tenor take center stage. Eventually, a deal was reached whereby both Pavarotti and Bocelli would sing together. When "Misere" was released, it immediately became a major hit.

Bocelli then joined Zucchero on tour, singing duets with Bocelli and singing solos for various songs. Almost inevitably, he was then signed by a major label. From 1993 to 1994, Bocelli entered many music and song contests throughout Italy, winning several competitions. His first album in 1994 went platinum within weeks. That year, he also toured once again and made his opera debut with a role as "Macduff" in Verdi's adaptation of Shakespeare's renowned Scottish play.

From 1994 to 1997, Bocelli collaborated with many other singers and released more albums. Many of these tracks performed extremely well around the globe, especially "Time to Say Goodbye," with went six times platinum. In 1997, he was also introduced to American audiences for the first time when PBS aired one of his concerts in Germany.

In 1998, Bocelli took his opera career even further with a major role in La Boheme. After releasing his fifth album, Andrea Bocelli traveled to the United States to perform there for the first time. After a performance in Washington, D.C., he was personally received by President Clinton. That marked the beginning of his first tour across North and South America, and he appeared in Las Vegas, Los Angeles, Vancouver, and many other major cities. During this time, he also collaborated with Celine Dion for the first time with the single "The Prayer."

He also appeared in operatic productions over the course of his tour, appearing at the Detroit Opera House and many other venues around the world, including those in Hollywood. His seventh album was heavily influenced by religion and performed extremely well on the US Classic Billboard chart. 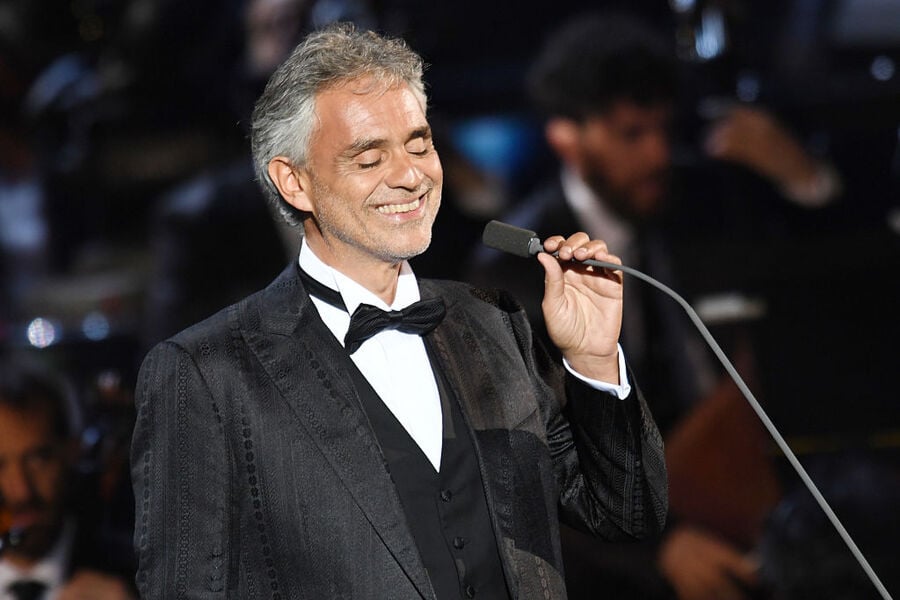 Throughout the next few years, Bocelli continued to tour, release albums, and perform in various operas. He was also recognized for his musical accomplishments with a number of award nominations – some of which he won. In 2006, he performed at the Torino Olympics. That same year, he also performed at the 2006 FIFA World Cup. After more albums and various appearances, he appeared once again to a wider, sporting audience when he performed at the final of the UEFA Champions League.

In 2010, Andrea Bocelli was given a star on the Hollywood walk of fame for his contributions to the entertainment industry. That year, he performed at the Expo 2010 in Shanghai and at the FIFA World Cup once again. In 2015, Bocelli released his fifteenth studio album, Cinema. In 2017, he collaborated with Ed Sheeran with the track "Perfect Symphony." This was a rendition of Sheeran's original "Perfect" with many of the lyrics sung in Italian. On April 12, 2020, Bocelli performed "Music For Hope" at an empty cathedral in Milan. The performance was streamed live around the world, with the intention of raising morale during the COVID-19 pandemic.

Andrea Bocelli lives in a large villa on the coast of the Mediterranean along with his wife and daughter. He also owns another nearby villa, where his ex-wife and other children reside. In the United States he owns a large mansion in Miami.