He then went on to attend the Music Academy in Brussels, and then graduated from the Royal Conservatory of Brussels. While still in school, he formed the Johann Strauss Orchestra. He was inspired to create the waltz-focused ensemble by the enthusiastic audience reaction whenever he performed solo concerts of waltz compositions. His 12-member orchestra began performing together in 1988, and they have since gone on to become one of the most popular touring acts in the world. They are known for their rock concert-like classical performances, and since 2009, they have consistently placed in the Top 25 touring acts in the world according to Billboard's concert revenue rankings. 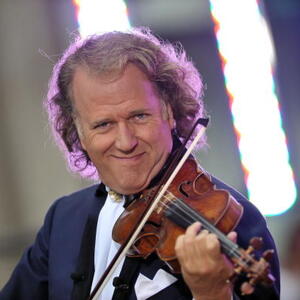