Anastacia Net Worth: Anastacia is an American singer and songwriter who has a net worth of $40 million. She was born in September of 1968 in Chicago, Illinois as Anastacia Lyn Newkirk, but is better known by her stage name, Anastacia. Since starting her career in 1983, when she began working as a dancer for Club MTV, she's seen a wide amount of success, most notably with her singing. Her first professional music gig came in 1990, when she began working as a background singer. Then in 2000, her first full-length studio album, Not That Kind, was released. The lead single, I'm Outta Love, became the album's most popular track, having gained a widespread reach in the United States, as well as Australia and Europe. Since releasing five other albums, she has also worked as a fashion designer, as well as a philanthropist. She is married to Wayne Newton, a bodyguard. The two were wed in 2007 in Mexico. The couple subsequently filed for divorce in 2010. She has multiple tattoos, including one with Newton's initials. Additionally, she has one reading "forever" that hosts wings, which were added after the original tattoo, and an ankh. She currently lives in Los Angeles. 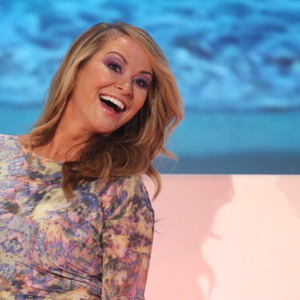