Ana Gabriel net worth: Ana Gabriel is a Mexican singer and songwriter who has a net worth of $10 million. Ana Gabriel was born in Mexico in December 1955. She started singing on stage at six years old and later moved to Tijuana, Baja California to study accounting. Gabriel recorded her first song at age 21 and sings in several styles including Latin pop, ranchera, rock en espanol, and Mexican pop.

Her debut studio album Un estilo was released in 1985 and as of 2015 she had released 21 studio albums. Three of her albums reached #1 on the Billboard Latin Pop Albums chart and seven of her singles reached #1 on the Billboard Latin Songs chart. Gabriel was nominated for a Grammy Award in 1991 for Best Latin Pop Performance. She has also been nominated for four Latin Grammy Awards. As an actress she has appeared in episodes of the TV series Wings, Live Shot, The Parent 'Hood, Caroline in the City, Melrose Place, Malcolm in the Middle, and NYPD Blue. 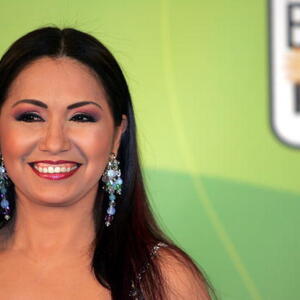