Amy Ray net worth: Amy Ray is an American singer-songwriter who has a net worth of $6 million. Amy Ray was born in Georgia in April 1964. She is best known for being a member of the folk duo Indigo Girls. Ray and Emily Sailers make up the Indigo Girls and formed in 1985.

Their independent debut studio album Strange Fire was released in 1987 and the group has released a total of 14 studio albums including their latest One Lost Day in 2015. Ray has released the solo albums Stag in 2001, Prom in 2004, Didn't It Feel Kinder in 2008, Lung of Love in 2012, and Goodnight Tender in 2014. She founded the record company Daemon Records and a nonprofit organization that supports independent musicians. She identifies as a lesbian and is active in environmental and political causes. 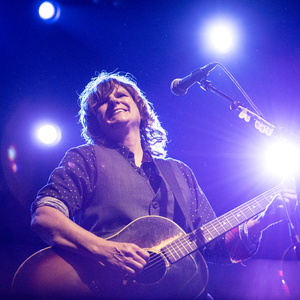