Amy Macdonald net worth: Amy Macdonald is a Scottish musician who has a net worth of $9 million. Amy Macdonald has built a successful career as a singer-songwriter, guitarist, and recording artist. She is a self-taught musician and started playing in pubs and coffee houses in Glasgow at the age of 15.

She released her debut album, This is the Life, in 2007. To date, Amy has sold over 10 million albums and has achieved numerous awards over the years for her craft. She was born on August 25, 1987 in Scotland and attended Bishopbriggs High School. After playing in local venues around Glasgow during her youth, she sent a demo DC in response to an ad placed by a new production company that appeared in NME. After being chosen by the production company, which was comprised of songwriters Pete Wilkinson and Sarah Erasmus, she spend many months recording demos to help her secure a record deal. In 2007, the work paid off and Macdonald signed a contract with Vertigo; she is now promoting her third album. Macdonald won several awards for Best Newcomer in 2008 and 2009, and was also voted "Scottish person of the Year" by The Daily Record. In 2010, Macdonald won "best album" for her second album A Curious Thing, and was named "best international Rock/Pop Female" at the Echo Awards. She started dating retired football (soccer) player Steve Lovell in 2008, but the couple split amicably in 2012. 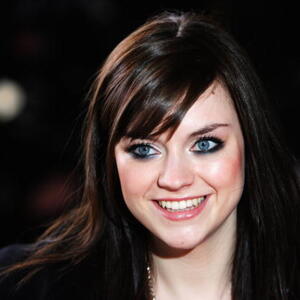