Amy Lee Net Worth: Amy Lee is an American singer-songwriter and classically trained pianist who has a net worth of $12 million. Amy Lee is co-founder and lead vocalist of the rock band Evanescence. Amy Lee was born December 13, 1981 in Riverside, California. Her family moved to many places, including West Palm Beach, Florida and Rockford, Illinois, and eventually settled in Little Rock, Arkansas, where Evanescence started.

She took classical piano lessons for nine years. Lee graduated from Pulaski Academy, a private school in Little Rock, in 2000 and briefly attended Middle Tennessee State University to study music theory and composition in but dropped out during her freshman year to focus on Evanescence. Lee co-founded the rock band Evanescence with guitarist Ben Moody. The two met at a youth camp after Moody heard Lee playing Meat Loaf's "I'd Do Anything for Love (But I Won't Do That)" on the piano. Within a month, the pair was playing acoustic sets at Arkansas book stores and coffee houses. After recording independent albums, the band released their first full-length album, Fallen in 2003. The album sold more than 17 million copies worldwide and helped the band win two Grammy Awards and seven nominations, as well as scoring No. 6 in CBS's "Top Bestselling Albums of the Last 10 Years". 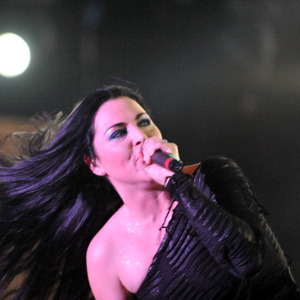