Amy Grant net worth: Amy Grant is an American singer and songwriter who has a net worth of $55 million dollars. Amy Grant made her singing debut early in life, having began as a professional singer in her teenage years. It was here she began singing in the Christian genre throughout the 80s, before later transitioning over to pop music.

For her sales, she is considered to be one of the best-selling Christian contemporary singers to date, even being called the "Queen of Christian Pop. Grant is also known for her work in acting, writing, and TV work. Grant's first Billboard number one song was released in 1986 with The Next Time I fall, which was a duet with fellow singer Peter Cetera. She also achieved a number one status with Baby Baby. Throughout her career, Grant has won six Grammy Awards, 25 Gospel Music Association Dove Awards, as well as having the first ever Christian album that has gone Platinum. Grant has been married twice, first to Christian singer, Gary Chapman, whom she married in 1982. They had three children and divorced in 1999. She then married country singer Vince Gill in 2000. The couple has one daughter, Corinna, who was born in 2001. 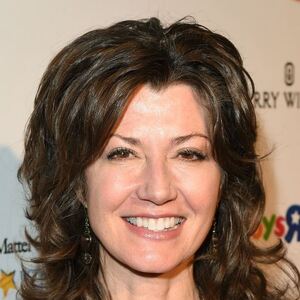