How much is Amina Buddafly Worth?

Amina Buddafly net worth: Amina Buddafly is an American R&B singer and reality television personality who has a net worth of $600 thousand. Amina Buddafly, also known as Aminata Schmahl, is one half of the R&B duo known as Black Buddafly. Her bandmate is her sister, Jazz, also known as Safietou Schmahl. Black Buddafly also included their older sister, Sophie Schmahl, from 2000 to 2006. They caught the attention of producer, Orin Ennis, in 2002, and signed with Def Jam Records in 2005. They released two singles, "Rock-A-Bye" and "Bad Girl ft. Fabolous" while signed with Def Jam. The tracks were only moderately successful, and their relationship with Def Jam ended in 2007. In 2008, they signed with MBK Records/J, but parted company with the label in 2010. They have since released two mixtapes. Amina Buddafly became a new member of the cast on the hit show, "Love and Hip Hop" in 2013. The popular VH1 series follows the lives of multiple women working in the hip hop music business. 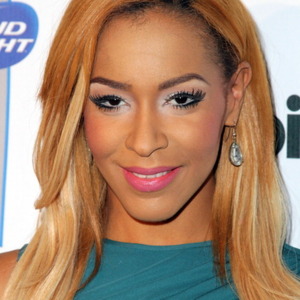