Amelle Berrabah net worth: Amelle Berrabah is a British singer and songwriter who has a net worth of $6 million. Amelle Berrabah was born in Aldershot, Hampshire, England, United Kingdom in April 1984. In 2005 she replaced founding member Mutya Buena in the group Sugababes until they broke up in 2011. Sugababes released the album Tallerin More Ways in 2005 and the album reached #1 in the UK where it was certified 2x Platinum. Their 2007 album Change was also #1 in the UK and the group would go on to release the albums Catfights and Spotlights in 2008 and Sweet 7 in 2010. Berrabah was featured on the single "Push the Button" which reached #1 in four countries and reached the Top 3 in six more. She was also featured on the group's singles "Ugly", "Red Dress", "Easy", "Walk This Way" (with Girls Aloud), "About You Now", "Change", "Denial", "Girls", and "Get Sexy". Berrabah is scheduled to release her debut studio album in 2017. Her single "Never Leave You" (with Tinchy Stryder) reached #1 in the UK, #2 in Ireland, and #5 in Europe. Berrabah starred as Sarah in the 2014 film Plastic. 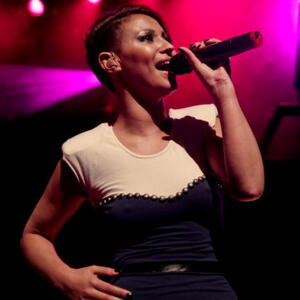