Amel Bent net worth: French singer Amel Bent was born in Paris on June 21, 1985. Bent's father is Algerian and her mother is Moroccan. She has a net worth of $3 million dollars. She is the oldest of a brother and a sister. She gained popularity after getting to the semi-finals of the French TV show "Nouvelle Star".

Nouvelle Star is a Pop Idol for France. She did not win the show but due to the popularity of the show she was able to go on and complete a debut album that year. The name of her album is titled "Un Jour d ete, which came out in 2004. The album sold over 550,000 in France. However, her single "Ma Philosphie" is what made the album stand out sold also more than 500,000 copies. It was in the number one in France for six weeks. Recently she was on the French version of Dancing with the Stars. Although she did not get first place, she came in second place dancing along with her partner Christophe Licata. Some of her award nominations include the "MTV Europe Music Award" (2005), "NRJ Music Award" (2006, 2008, 2010, and 2013). She won the "European Border Breakers Award" (2006), and "Victoires de la Musique Award" (2006). 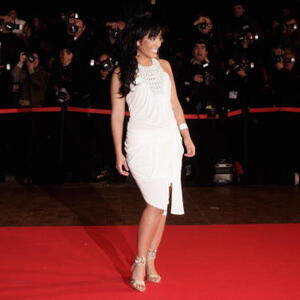