Allen Toussaint Net Worth: Allen Toussaint is an American musician, composer, and record producer who has a net worth of $3 million. He was born in January of 1938 in Gert Town, Louisiana (a neighborhood in New Orleans) and is said to have grown up in a "shotgun house. His mother helped get him musical training as a child by welcoming various musicians and feeding them meals.

Then, at 17, he met a group of local musicians called the Dew Drop Set, with whom he began playing with and recording songs. Their song, Java became a number one hit in 1964. Toussaint went on to earn a great deal of success in the 60s and 70s, recording and selling a number of albums. All of which received acclaim and widespread sales across the country. Many of his songs, however, have since become more popular through remakes or alternate recordings by different musicians. For instance, Working in the Coalmine, Ride Your Pony, Play Something Sweet, Mother-in-Law, and Play Something Sweet. Some of his most notable songs are Ruler of My Heart, A Certain Girl, Lipstick Traces, and Fortune Teller, which was remade by both The Who and The Rolling Stones, among others. 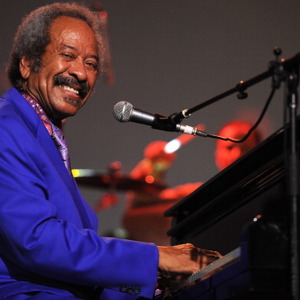