Allegra Riggio Net Worth: Allegra Riggio is an American actress who has a net worth of $8 million. Though it should be noted that her net worth is a combined estimate with her husband, actor Jared Harris. Allegra Riggio was born in New York. She is also a radio personality who is a lifetime member of the NRA.

Her great grandfather Vincent Riggio was the President and Chairman of the Board of the American Tobacco Company. Allegra Riggio married Jared Harris in 2013. As an actress she starred in the films Multiple in 2008, Crossroads in 2014, and Into the Equinox in 2016 which she also produced. Her family relocated to Brazil when she was seven years old. She toured with Julio Iglesias and was featured in fashion shows. Allegra Riggio has served as a nightclub lighting director and worked with many of the world's best DJs. She has hosted for Sirius XM Radio and other stations. 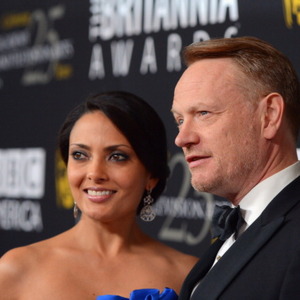