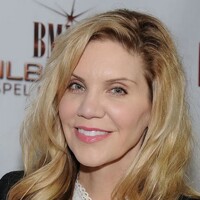 What Is Alison Krauss' Net Worth?

Alison Krauss is an American singer, songwriter, and musician who has a net worth of $18 million. Alison Krauss is best known for her work in the bluegrass and country genres. As of this writing, Alison has won 27 Grammys, which ranks her as the fourth-winningest musician in Grammy history. Alison has released six studio albums with Alison Krauss & Union Station, including "So Long So Wrong" (1997) and "Lonely Runs Both Ways" (2004), and she collaborated with former Led Zeppelin frontman Robert Plant on the albums "Raising Sand" (2007) and "Raise the Roof" (2021) and with The Cox Family on the 1994 album "I Know Who Holds Tomorrow."

In 2002, Alison was ranked #12 on Country Music Television's "40 Greatest Women of Country Music" list." Krauss was honored with the National Medal of Arts in 2019, and she was inducted into the International Bluegrass Music Hall of Fame in 2021.

Alison Krauss was born Alison Maria Krauss on July 23, 1971, in Decatur, Illinois. Her father, Fred, was a German immigrant who earned a doctorate in psychology and later went into real estate. Alison's mother, Louise, is an illustrator of textbooks and magazines. Alison and her older brother, Viktor, grew up in Champaign, and Krauss began studying classical violin when she was 5 years old. Alison told "The Washington Post" in 1990, "One of the requirements of being a child in my family was take up an instrument for five years, and my mom didn't want drums banging around all the time." Louise played guitar and banjo, and Viktor played double bass and piano as a teenager and became a rock and jazz multi-instrumentalist. Viktor has served as a sideman for many artists, and he performed on Alison's albums "Now That I've Found You: A Collection" (1995), "Forget About It" (1999), and "A Hundred Miles or More: A Collection" (2007). In 1979, Louise came across a notice for a fiddle competition at the Champaign County Fair and bought a bluegrass album and an instructional bluegrass fiddle book. Krauss learned to play some of the album's songs by ear, and she placed fourth in the novice category. In the early '80s, she sang and played fiddle with Marvin Lee Flessner's country band, and in 1983, her parents gave her a custom violin. When Alison was 13, she came in first in the Walnut Valley Festival Fiddle Championship and was named the "Most Promising Fiddler in the Midwest" by the Society for the Preservation of Bluegrass in America.

In 1985, Krauss collaborated with Jim Hoiles and Swamp Weiss on the album "Different Strokes." At the age of 12, she began performing with songwriter/bassist John Pennell in the band Silver Rail, which later became known as Union Station. Alison signed with Rounder Records in 1986, and the 16-year-old released her debut solo album, "Too Late to Cry," the following year. The first Alison Krauss & Union Station album, "Two Highways," was released in 1989, and Alison's 1990 solo album, "I've Got That Old Feeling," reached #61 on the "Billboard" Top Country Albums chart and earned Krauss a Grammy for Best Bluegrass Recording. In 1992, Alison Krauss & Union Station released the album "Every Time You Say Goodbye," and Alison followed it with the 1994 album "I Know Who Holds Tomorrow," which she recorded with The Cox Family. "Every Time You Say Goodbye" won a Grammy for Best Bluegrass Album. In 1993, Krauss became a member of the Grand Ole Opry, and in 1994, she had her first top 10 hit when she performed on the Grammy-winning Shenandoah song "Somewhere in the Vicinity of the Heart," which reached #7 on the "Billboard" Hot Country Songs chart. 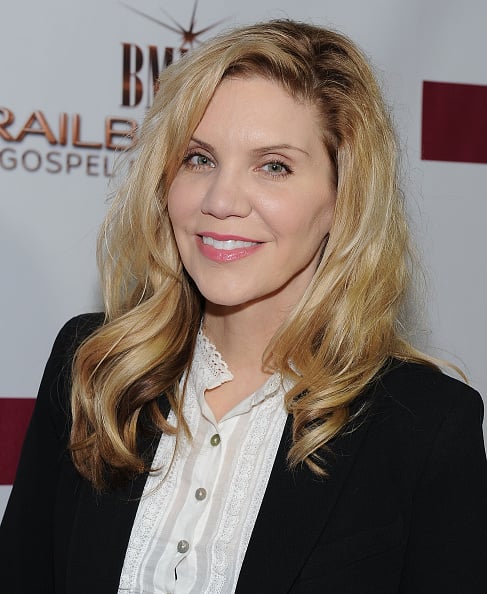 In 2011, Alison Krauss & Union Station released the album "Paper Airplane," which reached #1 on the Top Country Albums and Top Bluegrass Albums charts. Alison's 2017 solo album "Windy City" reached #1 on the Top Country Albums chart and #9 on the "Billboard" 200 chart, and in 2021, she teamed back up with Plant for the album "Raise the Roof." The album reached #3 on the Top Country Albums chart and the Norwegian record chart and #7 on the "Billboard" 200 chart. When the 2023 Grammy nominations were announced in November 2022, the list included two for Alison and Robert's second collaboration, Best Americana Album and Best Country Duo/Group Performance for the song "Going Where the Lonely Go." Krauss has also been featured on numerous soundtracks, including "Cold Mountain," "O Brother, Where Art Thou," and "Twister." Both songs she performed on the "Cold Mountain" soundtrack, "The Scarlet Tide" and "You Will Be My Ain True Love," were nominated for Academy Awards.

Alison married musician Pat Bergeson on November 8, 1997, and they welcomed son Sam Patrick Bergeson in 1999. Krauss and Bergeson divorced in 2001. Alison received an Honorary Doctorate of Music from Boston's Berklee College of Music in 2012.


Alison Krauss has been nominated for more than 40 Grammys. As of this writing she has won 27. On the list of individuals with the most Grammys in history, Alison ranks fourth, behind only Beyonce, Quincy Jones and classical conductor Georg Solti.

Other Awards and Nominations