What is Alicia Keys' Net Worth?

Alicia Keys is an American singer, songwriter and actress who has a net worth of $150 million. This is a combined net worth that she shares with her husband, producer Swizz Beatz.

Alicia Augello Cook was born in Manhattan, New York City, on January 25, 1981. She is known professionally as Alicia Keys. Keys is the only child of her mother Teresa Augello, and one of three children of her father Craig Cook. Her father left when she was two years old, leaving her mother to raise her as a single parent in the Hell's Kitchen neighborhood of New York City.

She began singing from an early age, performing in school musical productions as early as preschool. After a friend gifted Keys an old piano, she began taking lessons as a child. By the time she was seven years old, she was receiving classical piano training. She would continue her studies of classical music until age 18. Furthermore, she enrolled in the Professional Performing Arts School when she was twelve, where she took classes in music, dance, theater, and choir.

When Keys was 13 years old, she met manager Jeff Robinson through the youth organization Teens in Motion. He became a sort of mentor to her, showing her and educating her on the music industry by taking her to meetings with attorneys and record label negotiations. Robinson introduced her to A&R executive Peter Edge, and they helped her put together some song demos to showcase to label executives. In the ensuing bidding war that erupted, Columbia Records eventually won after offering her a $26,000 white baby grand piano.

After signing with Columbia, Keys continued her education, graduating early from high school at the age of 16 as valedictorian. She then attended Columbia University on scholarship. After struggling to balance the demanding time schedule of her university course load in addition to working in the recording studio, she decided to drop out of college after a month to focus on music full-time. However, she was extremely frustrated with the lack of control she had over her music, as Columbia tried to create a certain image for her and force her to work with producers she did not like. Eventually, with the help of Robinson and the president of Arista Records, Clive Davis, Keys negotiated out of her Columbia contract and signed with Arista in late 1998. After Davis was ousted from Arista in 2000, her album was once again put on hold, but he started his own label, J Records, and immediately signed her to it.

Now at J Records, Keys began to promote her upcoming debut with performances on shows like "The Tonight Show" and "The Oprah Show." Her first single "Fallin'" was released in April 2001 and reached No. 1 on the Billboard Hot 100. Her debut studio album "Songs in A Minor" was released in June 2001 to widespread critical acclaim. It debuted at No. 1 on the Billboard 200 chart and went on to sell over 6.2 million copies in the United States. The album contained material that had previously been rejected by Columbia Records. However, Keys' decision to stick to her guns and not give in to Columbia paid off, as the album was nominated for six Grammy Awards. At the 2002 Grammy Awards, Keys went on to win five Grammys in the following categories: Song of the Year, Best Female R&B Vocal Performance, Best R&B Song, Best New Artist, and Best R&B Album. 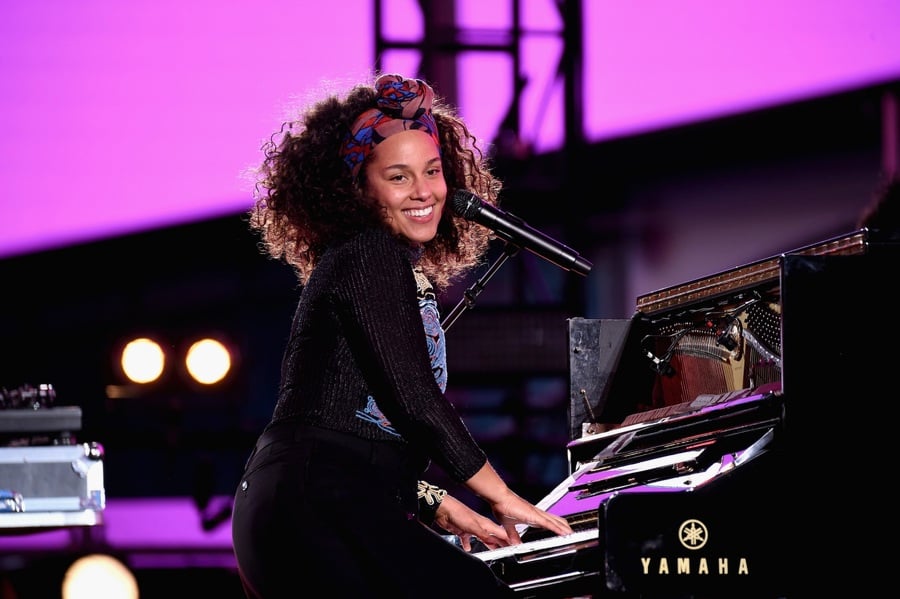 Keys' film debut was in the crime film "Smokin' Aces" (2007), followed by "The Nanny Diaries" (2007) and "The Secret Life of Bees" (2008). She has also appeared on a number of television shows such as "Saturday Night Live," "Empire," and "The Late Late Show with James Corden." Additionally, Keys has served as either a judge, coach, or musical guest on several reality music competition shows, including "The X Factor Australia" (Season 4), "The Voice" (Seasons 7, 11-12, 14), and "The Voice Germany" (Season 6).

Outside of music, Keys has pursued several other projects. She released her book "Tears for Water: Songbook of Poems and Lyrics" in 2005. It featured unreleased poems from her journals and lyrics and made it onto The New York Times bestseller list that year. Her memoir "More Myself: A Journey" was released in March 2020. Keys is also the co-owner of The Oven Studios, a recording studio in Long Island, along with her production and songwriting partner Kerry "Krucial" Brothers. Keys and Brothers also co-founded KrucialKeys Enterprises, a production and songwriting team that works on Keys' albums as well as projects with other artists.

Keys has also been the spokesperson for several brands over the years. In 2008, she starred in a commercial micro-series for Dove promoting the brand's Go Fresh line. She was also featured in an American Express commercial and signed a deal to endorse VitaminWater.

Keys was in a relationship with longtime collaborator and friend Kerry Brothers until 2008. Later, she began dating hip hop artist and producer Swizz Beatz. Keys and Beatz announced their engagement in May 2010, married in July, and Keys gave birth to their son in October that same year. She gave birth to their second son in December 2014.

In September 2019 Alicia and Swizz paid $20.8 million for an opulent mansion in La Jolla, California that had previously been listed for $30 million. 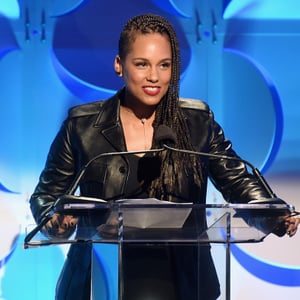