Alfie Boe Net Worth: Alfie Boe is an English tenor singer and actor who has a net worth of $5 million. Alfie Boe was born in Fleetwood, Lancashire, England in September 1973. He is perhaps best known for performing in musical theater. Boe made his first public performance at 14. He was approached by Baz Luhrmann to play the lead role in the Broadway performance of La Boheme and won a Tony Honors Award in 2003.

Boe was signed to Classic FM Presents in 2006 as their first signing and his debut album Classic FM Presents Alfie Boe hit #3 on the UK classical chart. He was signed to EMI Classics in 2006. He took the role of Jean Valjean in 2010 in Les Miserables at the O2 Arena in London. Boe's 2010 and 2011 albums Bring Him Home and Alfie both reached the Top 10 in the UK and were certified Platinum. His 2012 and 2013 albums Storyteller and Trust also reached the Top 10 and were certified Gold. His latest album Serenata was released in November 2014. In 2013 Alfie was awarded a Fellowship of the Royal College of Music. In 2014 he appeared in an episode of the television series Mr. Selfridge. 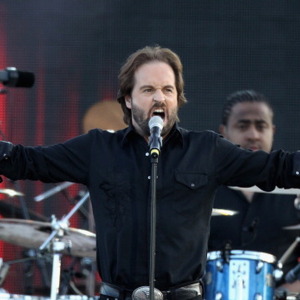