How much is Alexa Ray Joel Worth?

Alexa Ray Joel net worth: Alexa Ray Joel is an American singer, songwriter, and pianist who has a net worth of $10 million. Alexa Ray Joel is the only child of model, Christie Brinkley and singer-songwriter, Billy Joel. Her father wrote his 1993 song "Lullabye (Goodnight, My Angel)" for her, and she has commented in the past that it is one of her favorite songs written by her father. She was born in 1985 in Manhattan and by the age of 15 she was already finishing complete songs with piano accompaniment. She attended New York University as a freshman following the Berklee College of Music's five-week Music-Fest workshop. At 19, she assembled a band and performed her first live show in Hoboken. Alexa released an EP called Sketches in 2006, and has had several singles on independent record labels. In 2006, she played in nearly 100 shows including a Hard Rock Café tour, and in 2010, she was chosen to be the spokesmodel for Prell shampoo. Alexa has worked several charity events in New York as well as events for New York City fashion shows. She has been vocal about her past battle with depression, which was triggered after a traumatic breakup from her longtime boyfriend and band mate, and has also talked about moving out of the shadows of her two mega-star parents to develop her own voice. She continues to perform in and around New York and was also featured on an episode of the hit reality show, The Real Housewives of New Jersey as a family friend of the Manzos. 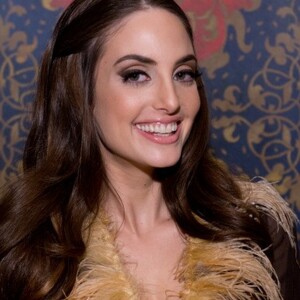