Alex Kapranos net worth: Alex Kapranos is a British musician who has a net worth of $10 million. Alex Kapranos was born in Almondsbury, Gloucestershire, England in March 1972. He is best known for being the lead singer and guitarist of the rock band Franz Ferdinand. Before becoming a musician he worked as a chef, driver, music promoter, and welder.

Franz Ferdinand formed in 2002 in Glasgow. They released their self-titled debut studio album in 2004 which reached #2 in Ireland and #3 in the UK. Their second studio album You Could Have It So Much Better was released in 2005 and reached #1 in the UK. The band also had success with their albums Tonight: Franz Ferdinand in 2009, Right Thoughts, Right Words, Right Action in 2013, and FFS in 2015. The band's most successful single is "Take Me Out" which reached #3 on the US Alternative and UK charts. He also produces tracks and albums for artists like The Cribs, Citizens!, and RM Hubbert. In 2005 Kapranos was detained at a Russian airport for an hour after being mistakenly identified as being on the "no-fly" list. He was mistaken for a British spy with a similar name. 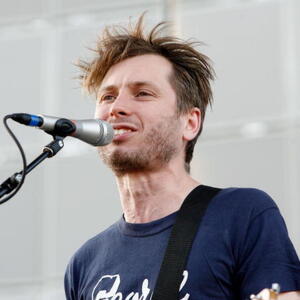