Alesha Dixon net worth: Alesha Dixon is an English singer, rapper, dancer, model, and host, who has a net worth of $4 million. Alesha Dixon was born in Welwyn Garden City, Hertfordshire, England, and grew up in an ugly family situation that included chronic abuse. Though always interested in music and dance, her dreams of pursuing a career in performance were not supported by her family, and she intended to focus on a career in sports studies while in school.

However, after being approached by two different talent scouts, she decided to shift her focus. She formed the band, Mis-Teeq in 1989, and by 2001, the trio (which began as a quartet, but lost one member along the way), had released their debut album, had enjoyed two singles in the Top 10, and had received their first BRIT nomination. They went on to release a second album, and toured worldwide, before breaking up in 2005. She has since released three studio albums as a solo artist, and is a judge on "Strictly Come Dancing" and "Britain's Got Talent". 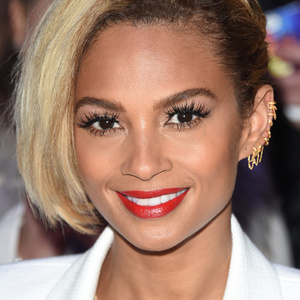