Alela Diane net worth: Alela Diane is an American singer-songwriter who has a net worth of $500 thousand. Alela Diane was born in Nevada City, California in April 1983. She grew up singing in the school choir and with her parents. She taught herself to play guitar and started to write songs.

In 2003 she self-released Forest Parade. For a time she performed with the band Black Bear. Her album The Pirate's Gospel was self-released in 2004 but released by Holocene Music in 2006. Diane toured solo and with Tom Brousseau and opened for Iron & Wine, The Decembrists, Akron/Family, and Vashti Bunyan. In 2009 her album To Be Still was released on Rough Trade Records. In 2011 her album Alela Diane & Wild Divine was released with her backing band that included her father and her now ex-husband. Her album About Farewell was released in 2013 on her own record label Rusted Blue Records. She has also released records with Headless Heroes and on compilations. She remarried in 2013 and her first child, daughter Vera Marie. Her popular singles include "Dry Grass and Shadows", "Take Us Back", "The Rifle", "To Be Still", and "Elijah". 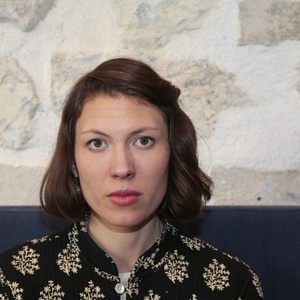