Alejandro Sanz net worth: Alejandro Sanz is a Spanish singer-songwriter and musician who has a net worth of $25 million dollars. Alejandro Sanz (Sanchez Pizarro) was born in Madrid, Spain in December 1968. Sanz started playing guitar at seven after being inspired by his father, a professional guitar player. He originally set out to become a flamenco player.

He performed at local venues as a teenager. His debut album Los Chulos Son Pa' Cuidarlos was released in 1989 when Sanz was 16. His second album Viviendo Deprisa gained him commercial success. His 1997 album Mas made him popular worldwide. Sanz became the first Spanish artist to record an MTV Unplugged album in 2002. In 2005 he collaborated with Shakira on "La Tortura" which hit #1 on many charts. His 2000 album El Alma al Aire sold over a million copies in its first week. His ninth studio album La Musica No Se Toca was released in 2012. He was won fifteen Latin Grammy Awards and three Grammy Awards. He has won the Latin Grammy for Album of the Year more times than any other artist at three. He has had 17 #1 singles on the Spanish charts. 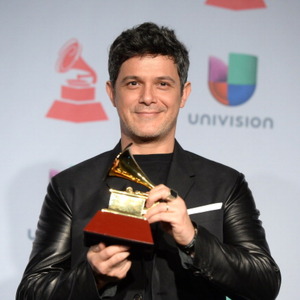