What is Alejandro Fernández's Net Worth?

Alejandro Fernández is a Mexican singer who has a net worth of $20 million. Aleandro performs both Mexican folk music and Latin pop. With more than 30 million of his records sold globally, he is one of the best-selling Latin music artists in history. Additionally, Fernández has won Latin Grammy Awards, and in 2005 was given a star on the Hollywood Walk of Fame.

Alejandro Fernández was born on April 24, 1971 in Guadalajara, Jalisco, Mexico. He is the son of famed actor and ranchero singer Vicente Fernández, and made his first public appearance at the age of five in one of his father's shows. He has a sister named Alejandra, and two older brothers named Vicente Jr. and Gerardo. In the late 90s, Vicente Jr. was kidnapped by an organized crime group, and had one of his fingers severed as a warning to his father, who allegedly paid a large ransom to have his son released.

Fernández released his debut self-titled album in 1992; it contained the songs "Brumas," "Equivocadamente," and "Necesito Olvidarla." He subsequently embarked on a tour of Mexico and the United States. In 1993, Fernández released his second album, "Piel de Niña"; a significant success, it launched the hit songs "Cascos Ligeros" and "A La Vera del Camino." The following year, he released the album "Grandes Éxitos a la Manera de Alejandro Fernández," on which he sings classic songs from such artists as Agustín Lara, Armando Manzanero, and Luis Demetrio.

Fernández had his biggest hit in 1997, when he released his sixth studio album, "Me Estoy Enamorando." The album was significant for marking a change in his musical style, as it was more pop-oriented than his previous ranchera-inflected works. This creative decision paid off, as the album reached number one on the Billboard Top Latin Albums chart, spending 12 weeks in that position. Moreover, each of its four singles – "Si Tú Supieras," "En El Jardín," "No Sé Olvidar," and "Yo Nací Para Amarte" – made it to number one on the Billboard Hot Latin Songs chart. Fernández went on to receive a Grammy nomination for Best Latin Pop Performance for the album. 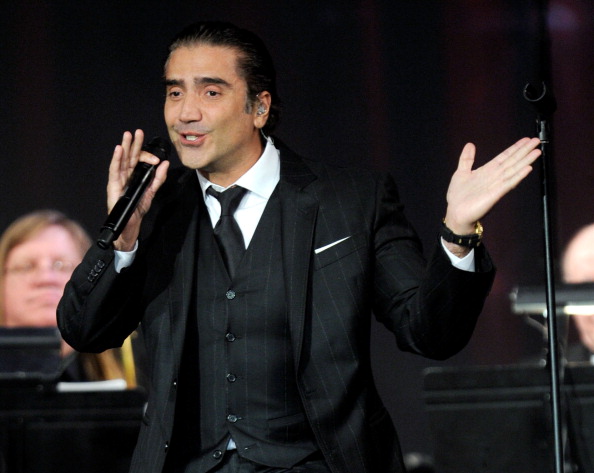 Fernández made a return to ranchera music with his 1999 album, "Mi Verdad." He followed this with such albums as "Entre Tus Brazos," "Orígenes," "Un Canto de México," "Niña Amada Mía," "Viento A Favor," and "De Noche: Clásicos A Mi Manera." In 2009, Fernández released the double album "Dos Mundos: Evolución + Tradición." A few years later, he released "Confidencias," which included duets with Rod Stewart and Christina Aguilera. After a brief hiatus from recording, Fernández returned in 2017 with his 15th studio album, "Rompiendo Fronteras," which combined ranchera with Latin pop and reggaeton sounds. In 2020, he released "Hecho en México."

Beyond his solo work, Fernández has collaborated with a wide range of other recording artists throughout his career. In 1996, he was one of a group of singers to record the theme song for the Summer Olympics in Atlanta, entitled "Puedes Llegar." A couple years later, he contributed to the live album "Christmas in Vienna," by Plácido Domingo and Patricia Kaas. In 2000, Fernández collaborated with Julio Iglesias on the song "Dos Corazones, Dos Historias." He has also collaborated with such major Spanish artists as Amaia Montero, Malú, and Diego El Cigala.

In 2011, Fernández went on a Latin American tour with fellow singer Marc Anthony, and partnered with Christina Aguilera on a cover of the song "Hoy Tengo Ganas de Ti." Later, in 2015, he collaborated with Alejandro Sanz on a cover of "A Que No Me Dejas," the theme song to the eponymous telenovela. Fernández has performed with numerous other artists over the years, including but not limited to José Carreras, Chayanne, Joan Sebastian, Gloria Estefan, Miguel Bosé, Ednita Nazario, Nelly Furtado, Mon Laferte, and Beyoncé.

In addition to music, Fernández has acted in films. In 2004, he portrayed Mexican revolutionary Emiliano Zapata in Alfonso Arau's "Zapata." It was reportedly the most expensive Mexican film ever produced. "Zapata" had its debut in the United States at the Center for Contemporary Arts in Santa Fe, New Mexico.

With his wife, Colombian model Ximena Díaz, Fernández has two children named Emiliano and Valentina. He also has three children from his previous marriage to América Guinart; they are Alejandro Jr. and twin daughters América and Camila.

In Guadalajara, Fernández co-owns the shopping center Unicenter. Along with his family, he also contributed to the construction of Arena V.F.G., an indoor arena used for sporting events and concerts. Fernández is an avid fan of the Mexican football team Atlas, and also excels in horse riding and the sport of charreria. 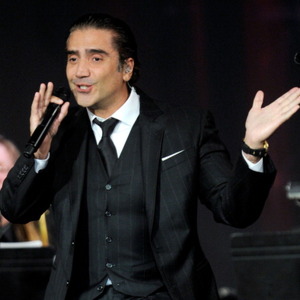